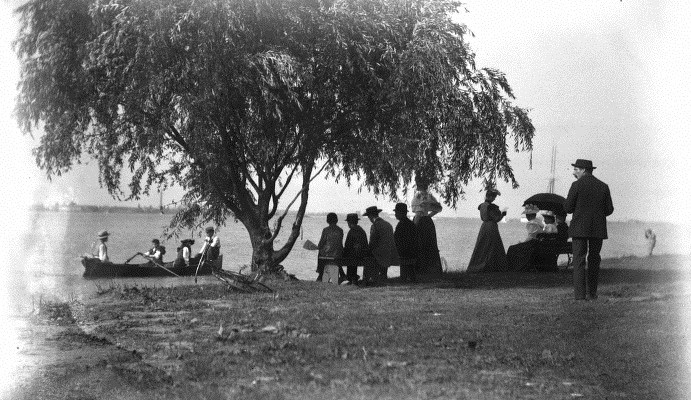 How, and why, Detroit spent three years arguing over the purchase of a park. 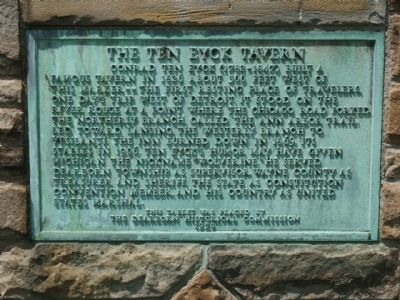 Why are we called “Wolverines”? You’ve heard the stories about the Toledo War and greedy land-grabbing settlers. Here’s one more idea, from an old tavern in Dearborn.

”Blake … stood in mortal fear of death and from the cholera in particular. He went to Milwaukee to escape the latter, but unfortunately he did not.”

A voice from the past corrects the historical record.

Detroit historians on weddings and marriages

Silas Farmer and General Friend Palmer on early French weddings and the shadow of mortality in marriage.

The Fourth of July in Early Detroit: FIREBALLS!

Some danger to hands and some to property.

Some Princes on a Dauphin-hunt visit Detroit in 1841, and buy some French books.

The remarkable story of a French immigrant, swindled into coming to America, finding himself in Detroit, starting a general store, and selling some legendary goose yokes. Also marbles.

Thomas W. Palmer, and his Park

IN the earlier days the streets of Detroit in the absence pavements were very bad in the fall and spring seemed to predominate Cabs and public hacks were in a very lim ted number Peter Cooper colored Jackson a colored barber and George lierron an English barber were about the only persons owning and operating public conveyances and t heir services as may be supposed were taxed to the limit Men wore their heavy boots pants tucked inside and in the outskirts of the city a few boards and planks were laid down lengthwise so that people could manage with difficulty to get along In such a state of things the single two wheeled horsecart was very much in evidence and was a most important institution It was an invention of the old French habitants of the country They were used by all classes and were convenience itself A buffalo robe or blanket was spread on the bottom of the cart two or three ottomans or stools were put in in the absence of other covering for the bottom or floor of the cart hay or straw was used and the horse understanding his business as well as his master off he plodded ofttimes half leg deep in mud to church shopping or to make fashionable calls The carts were mighty enjoyable as I can testify having time and again been the driver on many many occasions sitting perched up in front and the ladies enjoying the bottom of the vehicle protected from the rough boards by soft buffalo robes or other means occasionally the lynch pin that apparently held the cart together would get out of place and the occupants be dumped in the mud!
When General Macomb visited Detroit Mrs Hester Scott took him around the city in one of these French horse carts borrowed for the purpose from Mr HD Harrison the Jefferson Avenue dry goods merchant and it was said that the general enjoyed it hugely Mrs Scott and her three daughters are no doubt well 646
These French carts were very enjoyable also in fine weather on short excursions with the girls into the surrounding woods particularly in October when they had put on their gay autumn attire and the hickory nuts and hazel nuts were plentiful How full of pleasure those trips were The distance to the woods was not great they came down to Elizabeth Street on the west side of Woodward Avenue and down to about Hancock Avenue on the east side and out on Grand River Avenue on the Jones farm not far from Perkins’s tavern and out on Michigan Avenue they came down to where is the hay market once Woodbridge grove and just in the rear of this grove was an immense field of hazelnut bushes which in the season were loaded down with nuts Out Woodward Avenue about where is Farnsworth Street were many acres of blackberry bushes loaded with their delicious fruit in the season And then the excursions in these carts down to that lovely driveway Lovers Lane in the vicinity of what is now Fort Wayne The lane came into the River road about where Winterhalter’s beer garden was and extended out quite a distance toward the Dix settlement My friend Ross in one of his articles in relation to early Detroit says of this lane and as the incident he relates to it is true I copy it 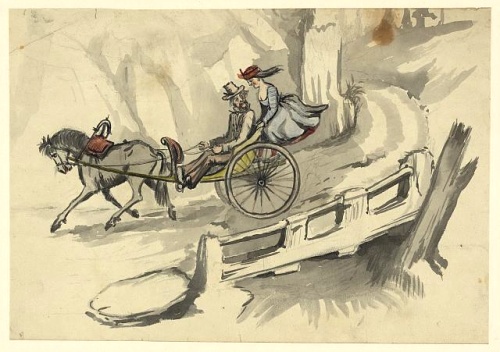