This post is from a recent issue of the Little Detroit History Letter, an email newsletter I occasionally send about Detroit history, news, tours, and events. Subscribe here. 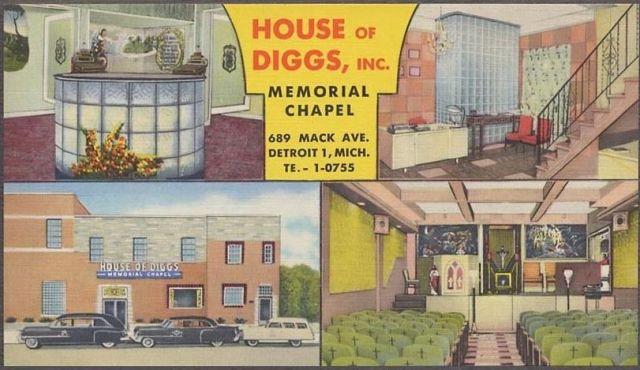 Charles Diggs Sr. was fed up with cemeteries. It was 1925, and if you were black, cemeteries could flat-out refuse to bury your loved ones. Like racially restrictive covenants* that prevented black families from purchasing property in certain neighborhoods, some cemeteries made it part of their policy to bury only white bodies in their grounds. (As just one local example, in his book Boneyards, Richard Bak cites the regulation book at Grand Lawn Cemetery: “The cemetery is limited without exception to the use of the Caucasian race.”) Others just humiliated their black customers, offering inflated pricing, rude service, and their shabbiest plots.

Diggs was a mortician and owner of the House of Diggs, a funeral home in the Black Bottom neighborhood, which he founded in 1921. Over the next 30 years, Diggs built a business empire around the House of Diggs, with an in-house florist (the House of Flowers, of course), a fleet of Imperial hearses, and a burial insurance company, the first of its kind in Detroit. 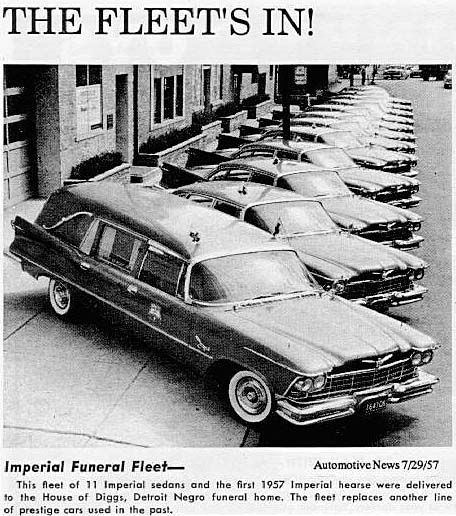 In 1925, he founded the state’s first black-owned cemetery, Detroit Memorial Park. The cemetery, located in Warren, provided a place for black patrons to bury and grieve with dignity. Singer Florence Ballard of The Supremes, the novelist Donald Goines, and Detroit’s “real McCoys,” inventor Elijah and renowned club woman Mary McCoy, are all buried at Detroit Memorial Park.

Cemetery discrimination in Michigan continued until well into the 1960s. In one infamous case, Native American World War I Veteran George Vincent Nash was buried with his white wife at White Chapel Memorial Park — only to be promptly disinterred, because his burial there violated the cemetery’s whites-only policy. The Michigan Supreme Court finally ruled in 1966 that cemeteries could not restrict plot purchases by race, under the same U.S. Supreme Court precedent that had ruled restrictive real estate covenants unconstitutional in 1948.

Charles Diggs’ influence expanded beyond the funeral business in 1937, when he became the first black Democrat elected to the Michigan Senate. He was a founder of the Michigan Federated Democratic Clubs, which encouraged many black Michiganders to switch their party allegiance from Republican to Democrat — and, in some cases, to run for office.

His son Charles Diggs Jr. made more history in 1955 when he was elected to the U.S. House of Representatives, becoming the first black person from Michigan to serve in the U.S. Congress. Diggs Jr. was also one of the original 13 founders of the Congressional Black Caucus, along with John Conyers, Shirley Chisholm, and Charlie Rangel, and was the Caucus’s first chairman. (And yep, this is the same bipartisan group of African American legislators that our President rudely assumed is friends with every other black person in Washington D.C.) 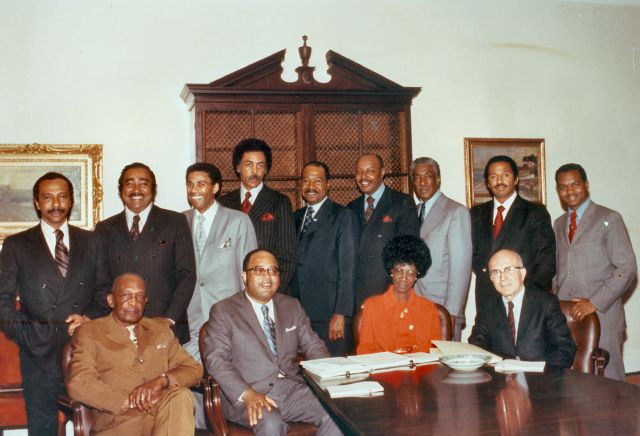 Charles Diggs Jr. inherited the House of Diggs after his father died in 1967. The elder Diggs committed suicide at Detroit Memorial Hospital after suffering a cerebral hemorrhage and a stroke, jumping from his fourth-floor hospital room window to his death. Charles Diggs Jr.’s inheritance caused problems for him in his political career; it’s too long of a story to relate in this ostensibly little letter. Suffice to say, the political careers of both Diggs men were interrupted by scandal and corruption.

JET Magazine published a remembrance of Diggs Sr. and speculated about what might have led to his suicide. It also questioned the Free Press for their portrayal of Diggs in its obituary:

A local newspaper ran a Diggs obituary and accompanied it with a big-hatted, gangster-looking photo of Senior Diggs taken in the 1940s. “They always run that picture,” Carter complained, “even though they have a large file of other more recent pictures.”

One more footnote that illustrates how the Diggs family lived within and struggled against segregated institutions and systems: they lived, for a time, in the old Dunbar Hospital, founded to provide basic health care for black Detroiters at a time when most of the city’s hospitals treated only whites. When the Dunbar Hospital expanded to a new location in 1928, Charles Diggs Sr. bought the old building; Charles Diggs Jr. grew up there.

Further reading about Charles Diggs Sr.: from historian Ken Coleman in the Michigan Chronicle, and from the blog The Business of Black Death.

*One of the cases that went to the Supreme Court and ultimately ruled racially restrictive covenants unconstitutional was that of Detroiters Orsel and Minnie McGhee, whose home still stands at 4626 Seebaldt Street. The 1948 decision Shelley vs. Kramer reflects the consideration of several Supreme Court cases on racially restrictive covenants, including the McGhee case.