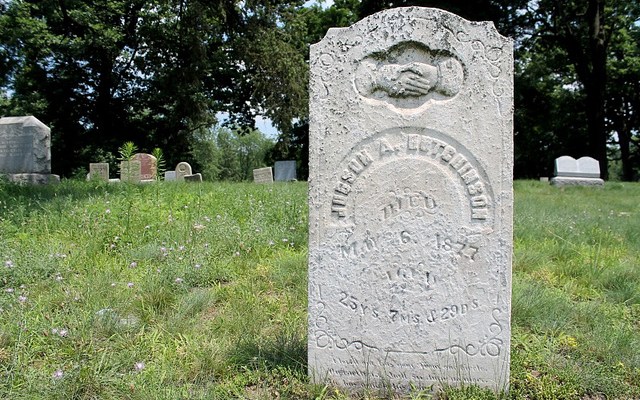 Only half of this cemetery is in Detroit. 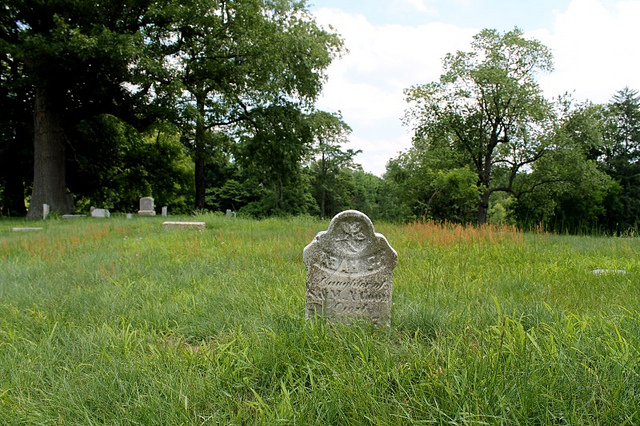 Redford Cemetery (15898 Telegraph Rd.), known by some old timers as Bell Branch Cemetery, began in 1831, when Israel Bell — brother of Azarias Bell, the first white settler in Redford Township — gave one acre of his land to the public for a cemetery. The cemetery has been in continuous operation since then, making it one of the oldest extant and operating cemeteries in Wayne County. For context: In 1831, Grand River didn’t yet reach Redford; it was still a log-cabin-and-Indian-trail kind of town, and would remain that way until the plank road reached the township in 1833.

Over the years, the settlement grew, and so did the cemetery. Land deeds in 1840, 1854, and 1883 added nearly 10 acres to the property. Then, in 1926, the City of Detroit annexed a portion of Redford Township, including seven acres that fell within the gates of Redford Cemetery. What’s a cemetery to do?

Take control, that’s what! Descendants of the Redford pioneers organized the Redford Cemetery Association and in 1933 petitioned both the City of Detroit and the board of Redford Township to hand over the cemetery to their stewardship. Both municipalities agreed, and the volunteer Association has managed the cemetery since 1934.

No “notables” are buried at Redford Cemetery, but many people who were prominent in their day & their community came to rest here, like Mark Hance, a pioneer of Oakland County and owner of a huge farm in Farmington Township before he moved to Detroit in the late 1880s; he was 76 when he died in 1905. Jerome Dunning, a “respected farmer” and “familiar figure” in Redford and Detroit, was well-enough known to have an obit in the Free Press when he died in 1907. Minnie Hutton also died in 1907, at her summer home in Redford Township; she was only 44. “She was a woman devoted to home life, but took genuine pleasure in doing little deeds of kindness and was a beloved friend of little children,” reported the Detroit Free Press. “During her absence this summer her little friends kept constant watch of her city home, and would call every day to inquire how she was and when she would come home.” Effie Bates Gordon was 90 years old when she died in 1949. A former musician, her death was reported in Billboard. Two veterans of the American Revolution are buried here, including this guy, Darius Smead: 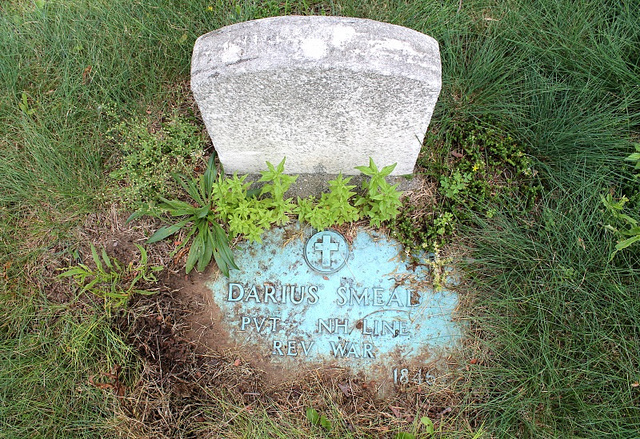 Burial rights at this cemetery are restricted to blood and marriage descendants of Redford’s pioneers. A representative from the Redford Cemetery Association told me via email that due to these restrictions only a “handful” of people are buried at Redford Cemetery each year. The Association maintains the cemetery’s records and cares for the cemetery’s grounds — righting toppled headstones, removing invasive plants, and organizing volunteer workdays.

A few more photos from Redford Cemetery below. These were taken when I visited last summer. 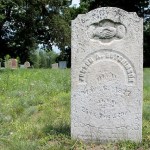 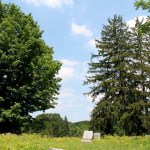 Graves on the hilltop at Redford Cemetery. 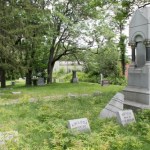 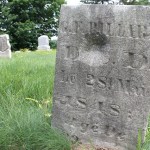 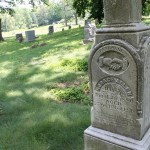 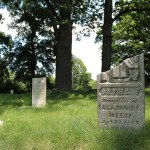 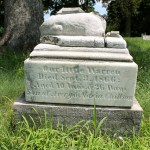