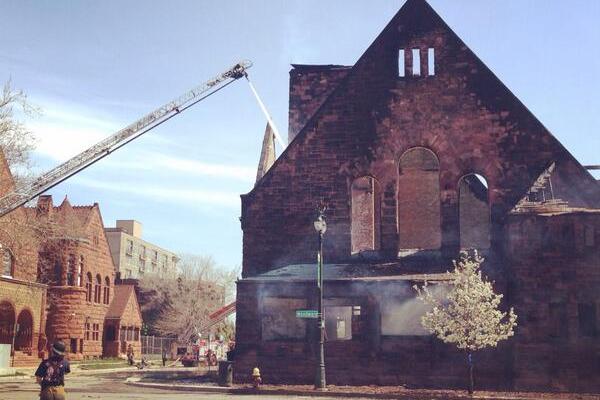 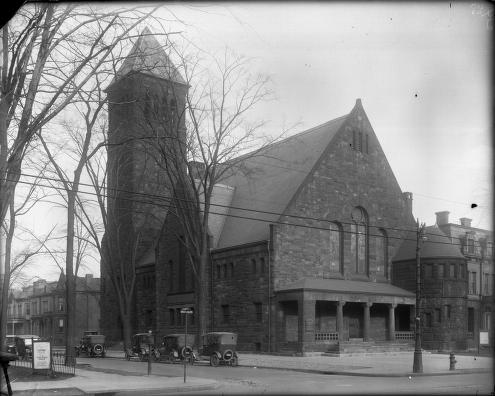 A.G. Boynton, the chairman of the building committee, formally “presented the building” to the Unitarian Society that evening. On hand to accept on the society’s behalf was Thomas W. Palmer (Unitarian, former U.S. Senator, log cabin builder, namesake and donor to Detroit of Palmer Park, major benefactor of the Detroit Institute of Arts, President of the World’s Columbian Exposition in Chicago in 1893), who gave a short speech about his happiness in, and his hopes for, the new church.

I share this excerpt from his speech (originally reported in the Detroit Free Press on Dec. 1, 1890) with little comment, but in context of the loss of First Unitarian in a massive (and extremely suspicious) fire this weekend. I’ve been taking it hard, but old Tom Palmer’s words have been a grace to me.

As I stand here I look down the long vista of thirty-seven years. Where are those faces which I used to see in this congregation? They have disappeared from our sight. Yet they come to me today and seem to rejoice with us in our fortune. In the name of them who have gone from us and those who shall come in the future, I accept this building as a place where souls may be uplifted from evil ways and habits and led to a perfect rest.

At the Detroit Institute of Arts, you can see four stained glass windows from First Unitarian, designed by John La Farge. (They were removed from the church when it changed hands in the 1930s, as I understand it.) Thomas Palmer and his wife sponsored one of the windows, dedicated to the memory of Lizzie Merrill Palmer’s father, Charles Merrill. Mr. Boynton, building chairman, also has his own memorial window. But my favorite is dedicated to the memory of John Judson Bagley, tobacco magnate, Governor of Michigan.

I love it because the inscription reads: “Write me as one that loves his fellow men.” 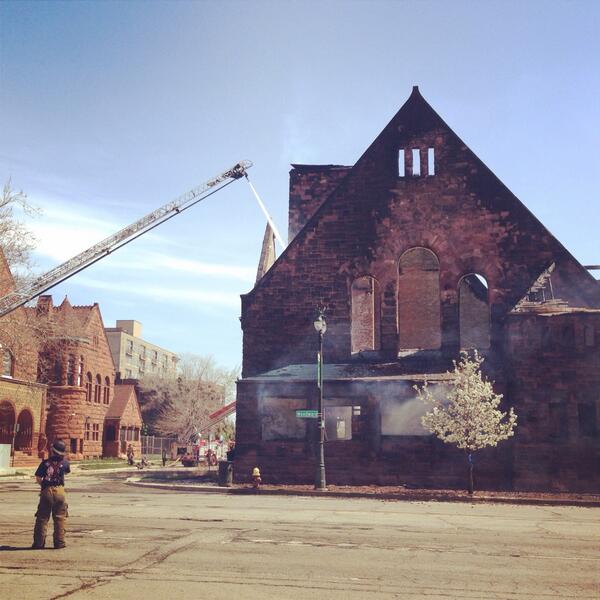 I’m so sad that we lost this one.