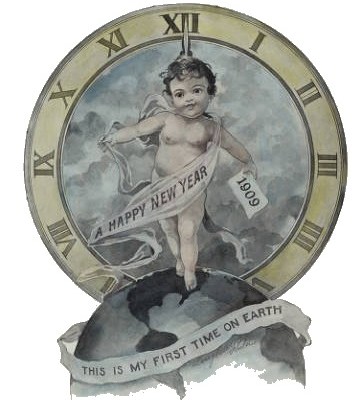 The New Year’s Eve greeting heard ’round the world, and other selections 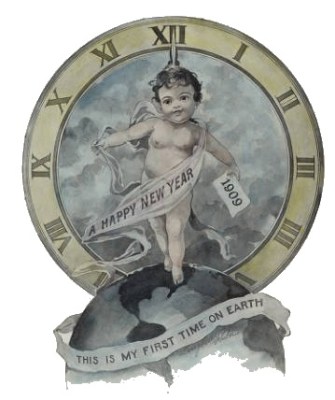 Illustration from the 1908-09 New Year’s Eve menu of the Hotel Robidoux in St. Joseph, Missouri. From the University of Nevada, Las Vegas University Libraries.

At midnight on December 31, 1903, Commander Everett Hayden at the United States Naval Observatory flipped a switch that sent an electrical signal around the world — the first worldwide New Year’s greeting & good tiding ever sent by cable.

“It is inconceivable,” wrote the Detroit Free Press, “that such a circuit on the earth can be made in scarcely more time than you will expend in wishing your neighbor ‘a happy New year.'”

Four seconds after its transmission, the signal was received at the Wellington Observatory in New Zealand, as reported in the Transactions and Proceedings of the Royal Society of New Zealand. “Owing to hasty preparation the test was only partially successful,” the report concluded, but Rear-Admiral Chester, superintendent of the U.S. Naval Observatory, felt it was worth it, all things considered. Paraphrasing Admiral Chester, the Royal Society wrote, “considering the short notice given, the cable and telegraph operators did very well on this occasion, [and] the experiment was an extremely interesting one.” 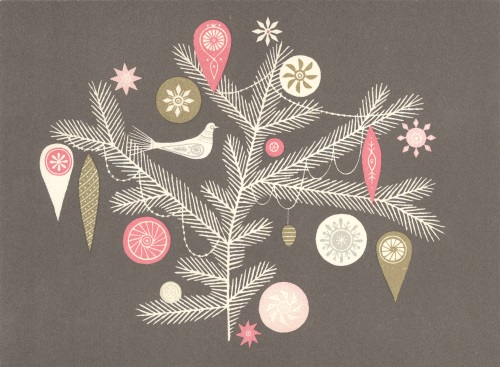 Gone are all the pleasures that old year gave us! Only in memory live the spring flowers, the moonlight rides in the merry months of May and June, the archery meets, the lawn parties, and later on the boat rides on lake and river, the dancing on the canvas-covered decks while the moon and stars, the electric light and gay lanterns illuminated fair faces and sweet summer toilets, the picnics at Belle Isle, Bois Blanc, Grosse Ile and the other emerald gems that are set where Detroit lets itself into old Erie’s broad wave — all these with their music and mirth left us long ago, and autumn with its Indian summer came and painted the trees that once were Pontiac’s with the golden glow that tells of ripeness, warning us that the days of 1880, like the leaves of the forests, were dropping one by one.

Detroiters celebrated the New Year that year and each year with dancing, gaiety, firing guns in the air (yep, we’ve been doing that for centuries), bar brawls (on New Year’s Eve 1912-1913, police seized “a cosmopolitan pile” of contraband, including “razors, dirks, stilletos, knuckles, sandbags, and revolvers”), and in some churchier circles, prayers that this New Year’s Eve would not be so drenched and dissolute as the last.

Some recalled, in their old age, the bygone Detroit custom of New Year’s Day calling, when tables would be set with a fancy spread of food and drink, and gentlemen would venture out into the city and pay visits to friends, neighbors, and ladies.

“We set a table that had every luxury upon it — for that was expected of all in that day. We had salads, cakes of every kind, game, birds and jellies,” recalled the wife of Col. John Winder in 1889, in an article published in the Free Press. Mrs. Winder also recalled the year the entire Common Council called on her. 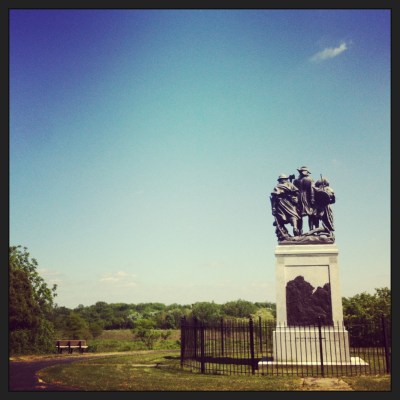 Reflecting personally, it was a happy year. We road-tripped a lot, stopping always at historic forts, cemeteries, and curiosities. At Allegheny Cemetery in Pittsburgh, we visited the grave of Stephen Foster. A groundskeeper told us that the cemetery struggles with scrapping; a bronze marker at Foster’s tombstone had been stolen, and was replaced by a neon flag.

On the same trip, we stopped at the site where President James Buchanan was born, in a mountainside log cabin. It is surely our proud nation’s weirdest Presidential birthplace memorial: 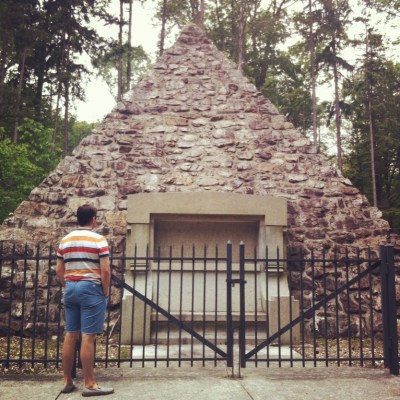 But this is not a post about travels! This is a post about the New Year. I wish you a happy one, and I rededicate myself, as I annually do, to writing about history more often. I hope you’ll keep visiting me here, or on Twitter, Facebook, and Tumblr.

In closing, here is a New Year’s scene from a long poem about General Lewis Cass’s house. May your revels bring you a momentary reprieve from thoughts of high command in field and fort. 2014!

There on the New Years gathered,
Within the largest room,
Around the roaring chimney,
The household of Macomb.
Straight sat the keen De Peyster,
With learning quaint in store,
But first at sound of the fiddle,
To dance on the well rubbed floor.
And there were the great fur traders,
Whose will in the woods was law,
With heart of a Highland chieftain,
And grip of a lion’s paw.
And all were gay together,
With New Year’s mirth and glee,
While the children romped with the elders,
Or teased the grave Pani.
And little they dreamed in childish sport,
Of high command in field and fort,
And brilliant scenes in hall and court,
At home and o’er the sea.