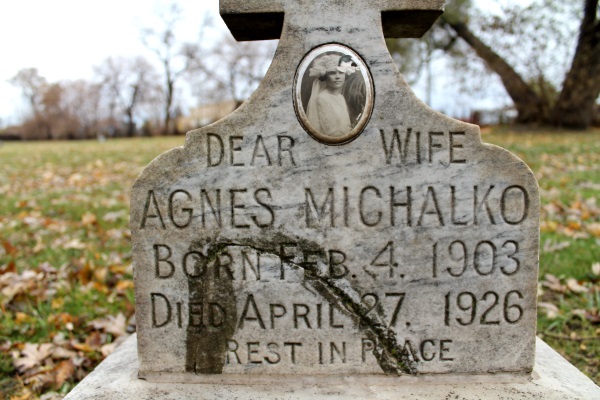 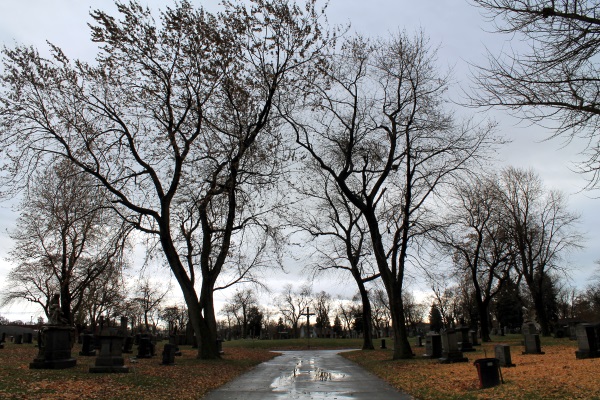 You might not guess from the looks of it, but Holy Cross Catholic Cemetery (8850 Dix St.) is a pretty old place. It began in the mid-1830s as a log-cabin mission, serving a frontier settlement (known as the Dix settlement, for landowner Joseph Dix) six miles southwest of Detroit. The mission’s two-acre cemetery was dedicated in 1840.

In 1906, the cemetery was expanded and formally incorporated to serve a growing Catholic community in a rapidly-developing industrial city. An old chapel from the 1850s was extensively restored, but it promptly caught fire and burned down before the new cemetery even opened.

Today, Holy Cross is next to a scrap yard (don’t accidentally turn into their truck lot! I almost did) and shadowed by industrial heaps. Its stones, like those at nearby Woodmere, are blackened not by age, but by soot.

This cemetery is impressively diverse, reflecting more than a century of movement, faith, and work. Everyone’s Catholic, of course, but most of the headstones are in a language other than English: Polish, Hungarian, Czech, Italian, Spanish. People born in Russia, Germany, Ireland. And most of the Livernois family!

Most of the burials date from the 1920s to the 1940s. One Civil War veteran and several World War I vets are at rest at Holy Cross, including Ambrose Flattery, killed in action in France in 1918: 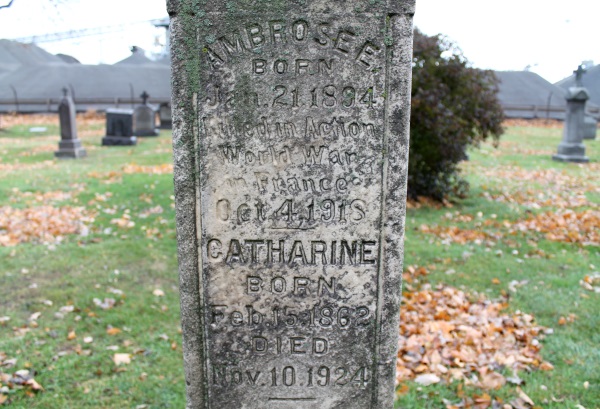 Holy Cross is also packed with life-sized religious statuary, of which this Queen of Heaven is but one not-too-terrifying example: 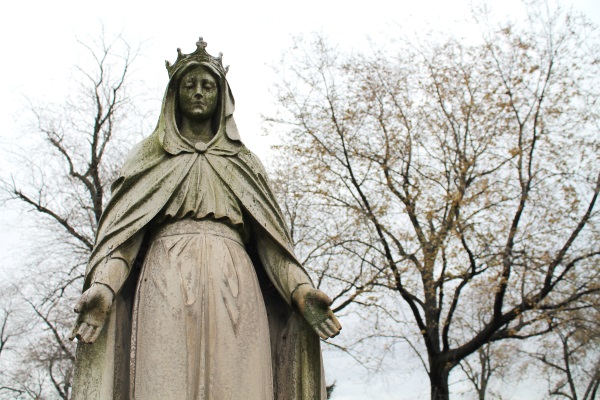 But more than anything, I was enraptured by the tiny enamel portraits that grace hundreds of headstones at Holy Cross. This funerary art — a remembrance more affordable than a five-foot-tall Virgin Mary — came to Detroit and cities like it with working-class European immigrants in the early 1900s. Vibrant and spectral, some of them are look like they were taken yesterday: Men in uniform, women in wedding gowns, old husbands and wives. I looked at some of these portraits and fondly wondered how they were doing, forgetting that I was crouching upon their graves. All evening I’ve been sad about Agnes, the “dear wife” who died in 1926, just 23 years old. Life after death, a hundred times over, in a hundred small gold frames. 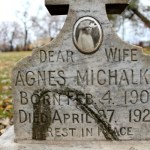 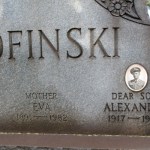 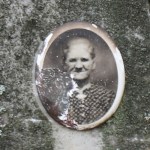 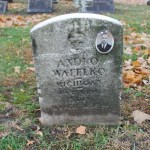 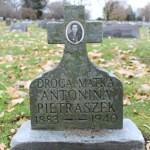 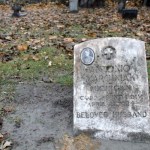 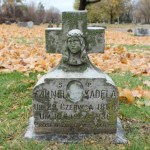 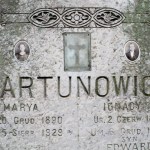 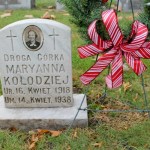 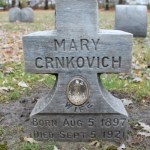 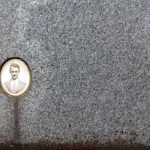 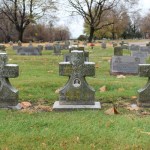 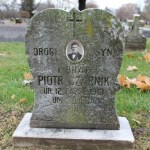 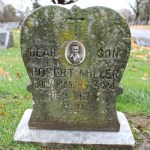 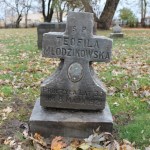 More about Holy Cross in this book.

More about the history of porcelain headstone portraits.