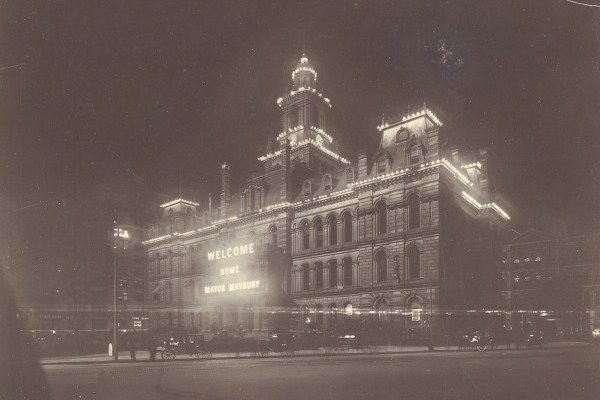 Five Mayors of Detroit to know … before 1900 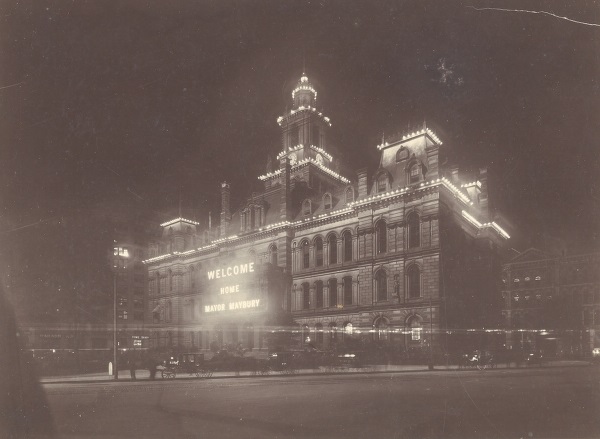 In the lead-up to today’s election, the Detroit Free Press published a short history of Detroit’s mayors — from 1950 to the present.

This is a sensible editorial choice, and maps a 60-year-long chain of events that leads us to where we are now — a major American metropolis under emergency financial management, possibly bankrupt, with an ex-mayor serving the first days of his 28-year prison term.

But what about Detroit mayors before 1950? Indeed, before 1900? The office of mayor has not always been one of power and consequence; in the early years, before the charter of 1824, several mayors resigned when they realized how meaningless their jobs were. Nonetheless, our 19th-century mayors offer a glimpse of life in the early city. Our mayors have been brewers and liquor distributors, carriage-makers and carpenters, doctors and lawyers and lumber barons, war veterans (one mayor, Jonathan Kearsley, lost a leg in the War of 1812), Scottish, Irish, Canadian, New Englanders, and born Detroiters in both genealogy and in character.

A few of my favorites:

John Harmon came to Detroit in 1838 as a member of the Hunters’ Lodge, a secret society / anti-British militia that agitated in Canada during the Patriot War. Harmon fought in the Battle of Windsor and was said to have personally set fire to the Thames, a British steamer. He settled in Detroit after the war and became an editor, and later an owner, of the Detroit Free Press.

Harmon was an extremely popular person, at the time the youngest Mayor ever elected in Detroit (he was 33), and during his term as Mayor was said to have fallen “victim to the bad habits created by the customs of hospitality then existing in Detroit.” Uh-oh! But he soon summoned his tenacity, swore off the bottle, and returned to a life of civic purpose which included a stint as Collector of the Port of Detroit, appointed by President Franklin Pierce.

Blunt and outspoken, sometimes impetuous, he still was the very soul of sturdy honesty and honor, and it was his scorn of petty shams and meanness that made him hot and quick. He was a fast and ardent friend, a hearty hater, a warm hearted neighbor, a good citizen. — From Historical Collections

Born in Scotland, Hugh Moffat came to Detroit in 1837 and made a fortune as a builder (Mariner’s Church was built under his watch) and in lumber. As Mayor, Moffat cultivated an antagonistic relationship with the Council and seems to have spent most of his term vetoing legislation that would cost taxpayers money, including provisions for paving projects (experimental! new-fangled!) and a big city park (he’s the one who refused to issue any bonds for the purchase of land during the Park Question of 1873). Moffat also vetoed a series of bills that would have allowed taverns to open on Sundays.

Even though he frustrated a lot of people, he had a reputation for being stalwart and unflinching (Silas Farmer called it his “Scotch grit”) and people seem to have respected him for that.

Here’s one of those mayors who makes you say: “Wait, that guy was Mayor?”

Detroit’s “little Doctor,” Houghton came to Detroit in 1830 from the Rensselear School in Troy, New York, as a public lecturer on science. He was a baby — barely 20 — but he was widely adored, and after his lectures he joined Henry Rowe Schoolcraft’s frontier expeditions.

Michigan entered the Union as a state in 1837, bringing with it the burdensome Upper Peninsula as a result of the compromise that ended the Toledo War. Within hours, Governor Stevens T. Mason appointed Houghton Michigan’s first state geologist. Houghton’s geologic surveys eventually led to the Upper Peninsula, where he discovered evidence of copper ore in the Keewenaw. Not such a bad deal after all, was it, TOLEDO?

Amid all of this backwoodsing, frontiersing, and canoeing around, Houghton somehow had time to serve as Mayor of Detroit. What did he do while Mayor? I have no idea! Afterward he went right back to his backwoodsing. He died in 1845 in a shipwreck in Lake Superior.

The mayorship was Chandler’s first job in politics, but during the election of 1848 he had been politically outspoken and engaged as a supporter of anti-slavery Whig candidates (including Zachary Taylor, who defeated Michigan’s favorite son Lewis Cass). One biographer noted that Chandler’s term as Mayor “was devoid of especial incident” although noted an invitation Chandler made to Hungarian freedom fighter Lajos Kossuth to come to Detroit and be celebrated as “the champion of republicanism in Europe.” (Kossuth respectfully declined.)

After his term as Mayor, Chandler unsuccessfully ran for Governor as a Whig candidate against Democrat Robert McClelland. He fared better in the Senate race of 1856 — he ran as a Republican, having speechified and signed the petition to form the anti-slavery Republican Party under the oak groves in Jackson on July 6, 1854. (Quoth Chandler: “I was born a Whig. I have always lived a Whig, and I hope to die fighting for some of the good Whig doctrines. But I do not stand here as a Whig. I have laid aside party to rebuke treachery.”) His election unseated Lewis Cass, a giant in Michigan politics but a supporter of political compromise and popular sovereignty on the question of slavery.

Throughout his long and active political life — he served as Senator until 1875 and as Secretary of the Interior under Ulysses S. Grant, where he rooted out corruption in the Indian Affairs Bureau — Chandler remained unwavering and morally fiery. He was considered a Republican candidate for President in 1880, but on Oct. 31, 1879, he died in a Chicago hotel room while preparing for a speech.

Every state sends two memorial statues to the U.S. Capitol building, and for a long time we had as our mascots Lewis Cass and Zachariah Chandler. Chandler was removed a couple of years ago and replaced with a statue of Gerald Ford, ruining all the poetry and removing a great moral bulwark. I am bitter about this. (Here’s more on Cass and Chandler if you’re interested.) 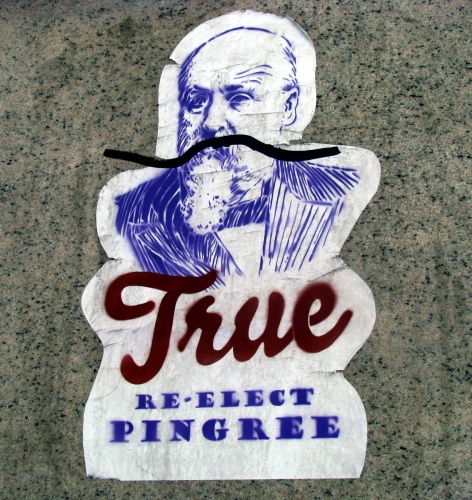 WHAT IS EVEN LEFT TO SAY ABOUT HAZEN PINGREE I MEAN REALLY.

Except that if you’re making a list of Detroit mayors for ANY REASON, you can’t not include him.

He was the best. The best Detroit mayor. I’ll say it without qualification. Re-elect Pingree.