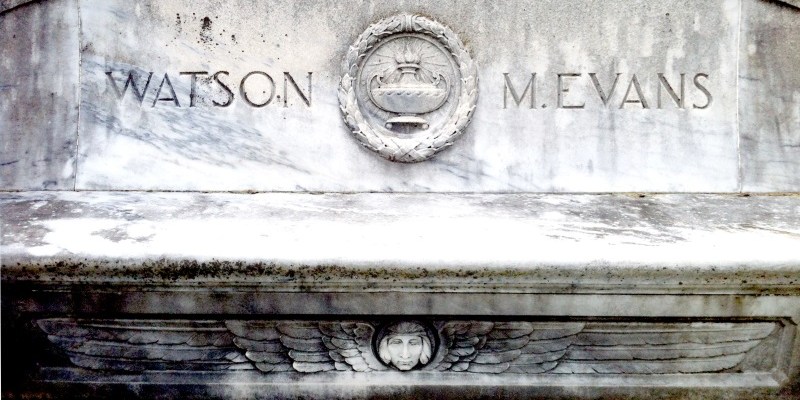 Every cemetery in Detroit: Evergreen Cemetery

Okay. Let’s visit every cemetery in Detroit, shall we?

We start with an approachable cemetery: Right next door to Woodlawn, cemetery of millionaires, is unassuming Evergreen, cemetery of normal people. Three seasons a year, I bike to and through Woodlawn regularly, but until a few weeks ago I had never visited Evergreen, because it just didn’t look that interesting. 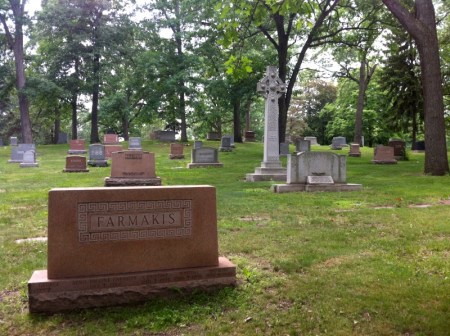 Evergreen Cemetery (19807 Woodward Ave) was founded in 1905. It was an era of cemetery-building on Woodward Avenue; Evergreen was followed by Roseland Park in what is now Royal Oak (formerly a pasture, organized 1906) and lower Ferndale’s Jewish cemeteries Machpelah (1912), Beth Tefilo (1910), Beth Abraham (1912), and Nusach Hari (1914). Although the cemetery originally acquired over 200 acres of land south of Woodlawn, today the cmetery is a narrow 50-acre stretch running west from Woodward.

A few Detroit business men have purchased the property and will shortly build a combined chapel and vault. The mausoleum underneath the chapel will contain 100 crypts, so that immediately after the ceremony in the chapel the body will be lowered into the vault. 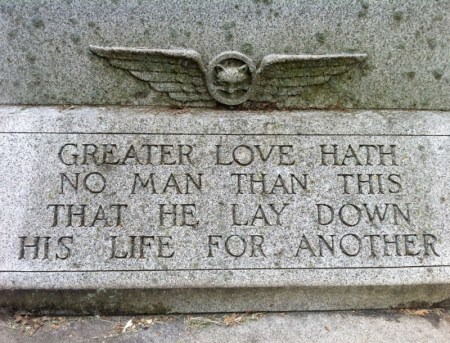 A growing population in Detroit meant a growing need for places to bury people — and an escalating demand for cemeteries that would welcome and accommodate people from diverse cultural and religious backgrounds. Walk through Evergreen and take in the Romanian, Ukranian, Greek, Hungarian, and Armenian names. 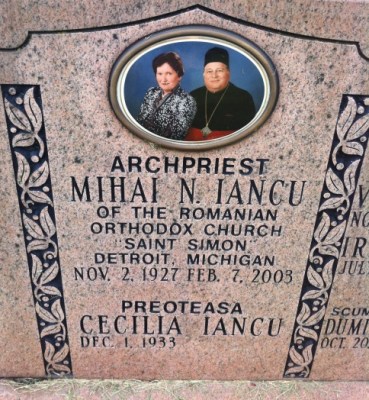 Evergreen is scattered with a few displays of above-average wealth: private mausoleums, sky-spearing obelisks, stone ladies in robes. This one was my favorite: 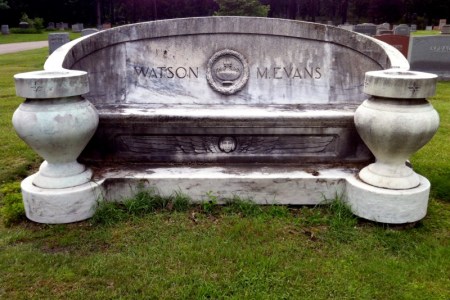 Clarence Watson was born in Ontario and became “one of the successful and physicians and surgeons in Detroit,” with handsomely appointed offices at No. 47 31st St. and Michigan Ave., according to Paul Leake’s History of Detroit. 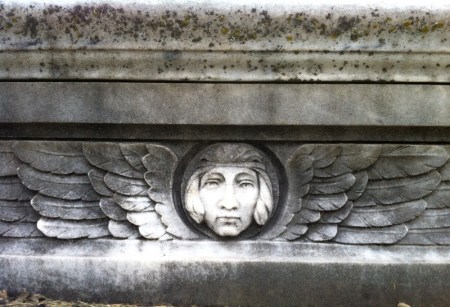 In 1921, some dumbasses tried to get their holiday evergreens from Evergreen:

“Spruce trees shading a plot in Evergreen cemetery were cut down for use as Christmas trees, for the second time in a year, before daylight Friday.” 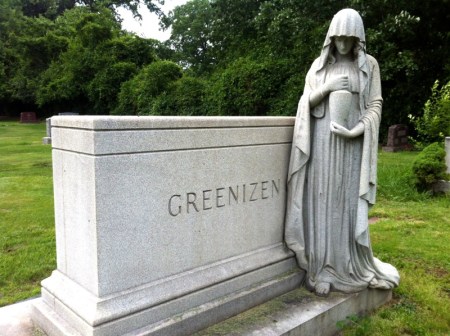 Also in 1921, the American Association of Cemetery Superintendents held their 35th-annual convention in Detroit. While in town, the superintendents — in a convoy of over 50 cars — visited 12 cemeteries, including  “new grounds under development, roads in process of construction, new bridges, tents, lowering devices and motor lawn mowers in actual use.” The group traveled in a convoy of 50 cars, and after visiting Evergreen, where they examined construction underway at the community mausoleum, everyone went to Palmer Park for a picnic lunch. 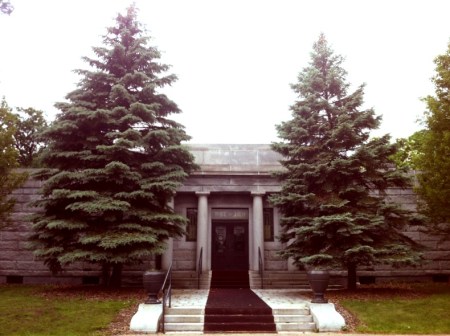 Chapel and mausoleum at Evergreen Cemetery.

Louise Dewald was the only woman in attendance at the Detroit convention. She was then, and may still be, the only female cemetery commissioner in the country, and at the time she was the highest-ranking woman in Cleveland city government. Later in her life she got in trouble for paying her female employees waaaaaay less than their male colleagues, and also for some embezzlement. Nonetheless I think she may be my new favorite historical person from Cleveland.

The only Detroit mayor to be recalled from office, Charles Bowles, who served barely six months of his term in 1930, is buried at Evergreen. The story is crazy (it involves both the Ku Klux Klan and the murder of a popular radio personality) if you are curious.

So that’s our visit to Evergreen! What about yours?