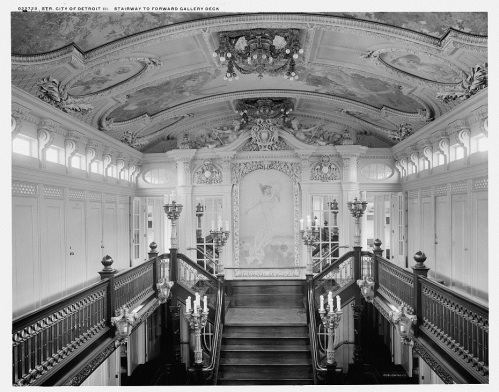 Detroit has a great tradition of passionate people with day jobs creating rich, extraordinary, encyclopedic works of history in their free time. Silas Farmer, a publisher and mapmaker, did not need to write a 1,000-plus page book of Detroit history. He did anyway, and we are all still using A History of Detroit and Wayne County as our first, best reference for local historical questions. Clarence Burton, a title lawyer, could have called it a day after donating his massive collection of papers to the Detroit Public Library. But he also left us, in several volumes, The City of Detroit, Michigan, 1701-1922, because why not do as much as you possibly can? Dan seems to me spiritually related to these love-laborers, especially in his work with HistoricDetroit.org. Because why tell the story of one building when you can collect the stories of all of them? We’re lucky to have him, is what I’m saying. (Dan is also close personal friend of mine, without whom I would not, and could not, have written my own book.)

What I’m saying is, Come see Dan! We’ll be at McShane’s, on the corner of Michigan and Trumbull, starting around 7:00 p.m. for drinks and mingling. (Talks tend to start around 7:30.) Dan will sell & sign books afterward and we’ll all have a ball.

Here’s a great recent interview Dan did with Found Michigan. As always, more info about Detroit Drunken Historical Society events is available on Facebook and Meetup.

Hope to see some of you there!