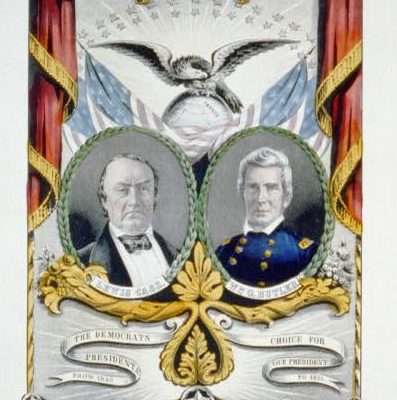 Happy Election Day! Wow. So how does it feel to be this close to electing a Detroiter for President? Different? Not at all different? Does Mitt even count? 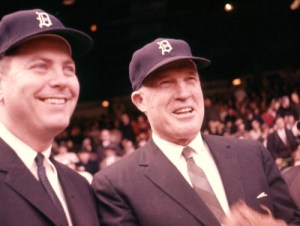 We had our last best shot in 1848, when General Lewis Cass, former Governor of the Michigan Territory, secured the Democratic nomination and ran against Mexican-American war hero & Whig-in-name-only (WINO?) Zachary Taylor. 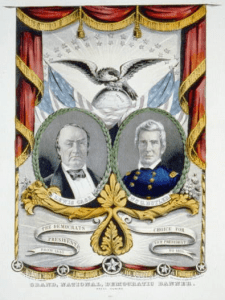 Cass had first attempted his party’s nomination in 1844, and had been a front-runner beside Martin Van Buren. But when it became clear that neither Cass nor Van Buren could carry the two-thirds majority required for the nomination, the dark horse James K. Polk emerged from nowhere and won a unanimous confirmation (after nine rounds of convention voting). Polk was such an unknown that attack ads by Whig candidate Henry Clay simply asked: Who is James K. Polk? GOOD QUESTION.

Things might have been locked up for Cass four years later (Polk, having achieved all of his primary objectives, kept a campagin promise to serve a single term) had Martin Van Buren not run as a third party candidate — the nominee of the newly-formed Free Soil Party, the sole aim of which was to prevent the expansion of slavery in the United States during a time of western expansion and annexation.

Cass believed in letting the states decide whether or not they would allow slavery. No one was totally sure how Zachary Taylor, a slave holder, felt about slavery. So Van Buren split the ticket, and Taylor won the election with 47.3% of the popular vote. Then he died, during debates over the Compromise of 1850, so no one ever got to find out how Taylor felt about slavery.

Here’s what Irving Stone has to say about Lewis Cass in his aptly-titled book about presidential also-rans, They Also Ran:

There was little that could be said against Cass: he had no humor, he was ponderous in speech and manner, he had made almost too much money out of Detroit real estate. He had been accused of being unwilling to make important decisions as secretary of war, of having been softened by six years of luxurious living in Paris. To offset these allegations, he had been valuable in public life for forty-two years; if he was no longer the bold and inexhaustible young man who had emerged from the wilderness in 1832, he had acquired certain experience to compensate: he was acquainted with the intricacies of Federal government, was trained in the diplomacy of foreign affairs.

… His regime would have been serious, businesslike, characterized by integrity, tact, and devotion to national interests. Though he had no creative imagination he was imbued with a love for the democratic traditions which would have kept him working tirelessly to expand the spheres of self-government. Though his doctrine of Popular Sovereignty would not have been able to settle the problem of slavery, any more that Stephen Douglas would be able to solve it with the same compromise twelve years later, Cass would have brought the full power of his manifold gifts to keep the country suspended in a peaceful solution.

Maybe you’re right, Irving Stone. I suppose we’ll never know. But here’s a coda: Lewis Cass outlived Zachary Taylor by 16 years, lived to see not only the outbreak of Civil War but its resolution, a Constitution and a Union born, destroyed, and restored.

In one of my favorite moments in Detroit history, Cass came together with abolitionist firebrand, Free Soiler, and rival Zachariah Chandler to show a united front against the forces of separation. Wrote Willard Klunder in his biography Lewis Cass and the Politics of Moderation:

The attack on Fort Sumter galvanized the old warrior, and Cass enthusiastically addressed several recruitment rallies. On April 17, he and Zachariah Chandler appeared arm in arm at the Board of Trade in Detroit. They were “greeted by cheer after cheer,” demonstrating republican sentiment in Michigan transcended political partisanship. Cass fervently proclaimed: “I come to do honor to that beautiful flag … My only hope is that I may die under it, with its stars and stripes still unsullied.”