I challenge you to find a cemetery in metro Detroit with a more compelling origin story than this:

On a Monday evening in April 1825, Imri Fish, a War of 1812 Veteran and a boarder under the charge of John and Polly Utter, in a “state of derangement,” took up an axe and brutally murdered his hostess — and her 13-year-old daughter, Cynthia. Fish, due to insanity, was acquitted. (Nonetheless he was kept in the jail at the courthouse, where he lived for the rest of his days. Proceedings of the Legislative Council of Michigan Territory show a bill brought up now and then to have Imri Fish removed from that jail — and the entire Territory — but the matter seems to have been perpetually tabled.)

Ziba Swan — a doctor from Albany, a former Oakland county commissioner, and also a War of 1812 Vet — had purchased a large plot of land from the federal government just a few years earlier. He set aside a half-acre of his property for a community cemetery where the victims could be buried. 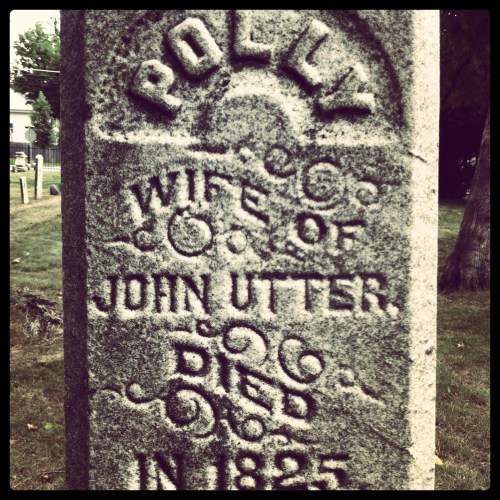 I went to Greenwood to visit Marshall Fredericks, sculptor of the Spirit of Detroit, among many other works, including the enduring and ubiquitous Wheeling Gazelle, Fredericks’s first major commission. The original graces the Levi Barbour Memorial Fountain in the Conservatory gardens on Belle Isle; a replica memorializes him at his grave: 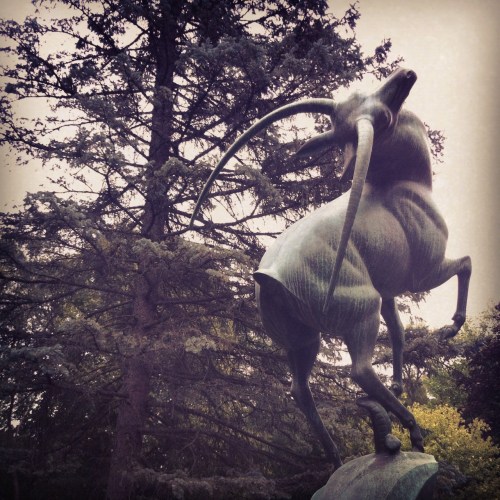 By some charmed coincidence, this is kind of a local art history cemetery. Along with Fredericks, George G. and Ellen Scripps Booth, founders of the Cranbrook Educational Community, are here. 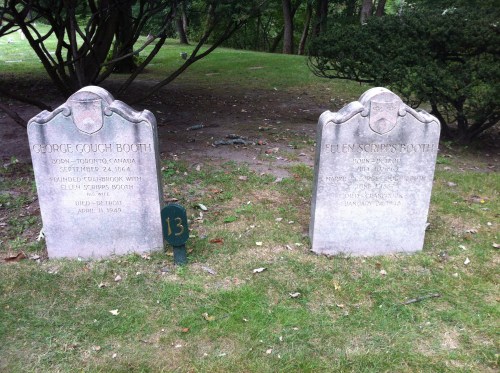 George Booth named Cranbrook for the small town in England his parents had come from. His parents are buried at Greenwood, too, resulting in this neat trick: 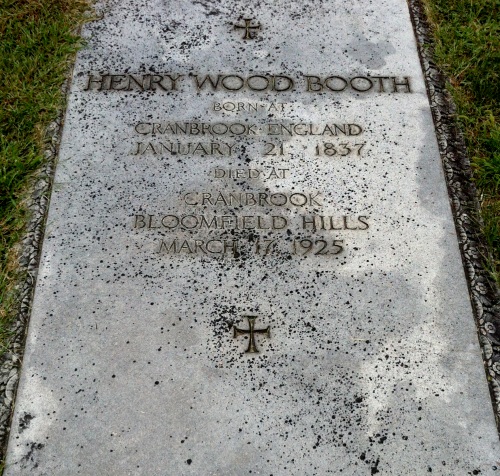 Mary Chase Perry Stratton, founder of Pewabic Pottery, is at rest here too, although I couldn’t find her grave. (If you know where it is, let me know!) Here’s an image of her I adore, from a staff portrait of the architecture firm George D. Mason & Co. It’s 1888 and she’s standing at the table in a drafting room full of men, looking as small and as serious as Emily Dickinson. 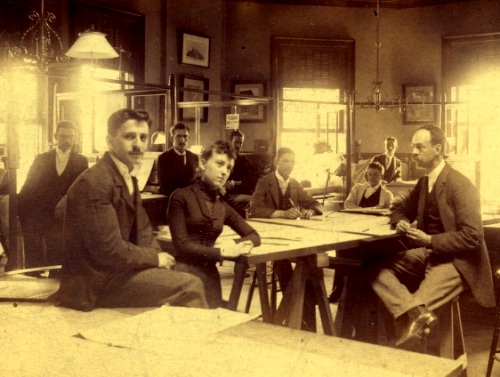 (Original is here. Oh, and that’s young Albert Kahn to her right, with the mustache.)

Greenwood is an old cemetery, founded just six years after the official establishment of Oakland County, and accordingly the oldest section of Greenwood is full of founding elders, tilting headstones, testaments to righteousness, as well as a beautiful style of tombstone typography I can only describe as “wavy”: 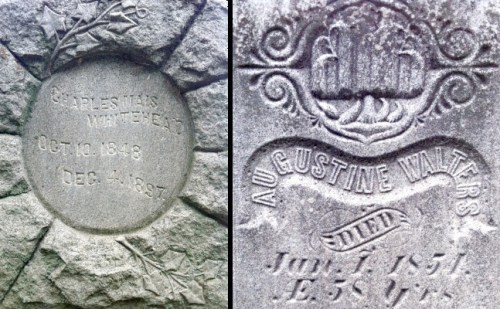 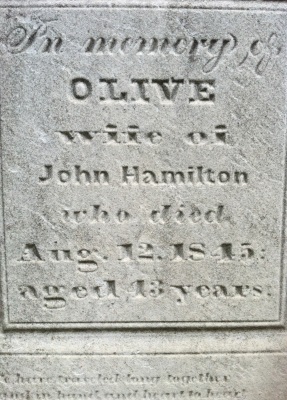 A Revolutionary War Veteran, John Daniels, is buried at Greenwood: 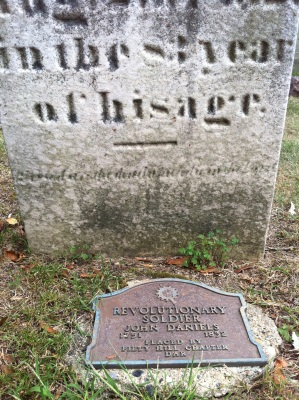 This cemetery’s requisite statesman is Ebenezer Raynale, who was the last surviving member of Michigan’s very first state Senate. He was also a doctor, a postmaster, and an inventor, who patented a mechanism for improving propulsion of steamships. 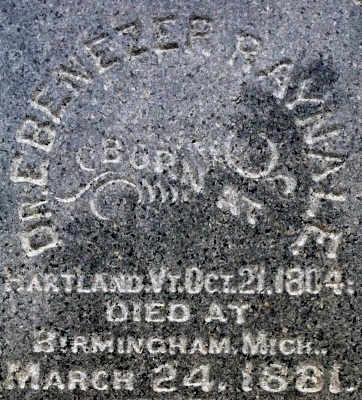 A couple of nice zinc memorials dot the landscape, if that’s your kind of thing: 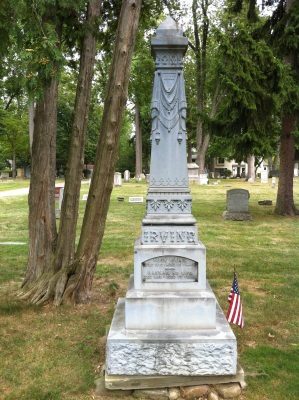 And here’s Dr. Swan, who started it all: 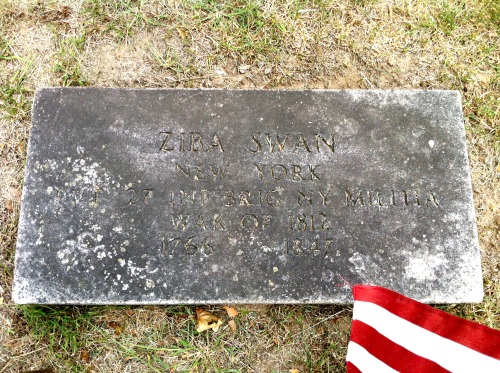 This cemetery is a great reminder that Detroit’s suburbs did not burst forth from the native forests, strip malls and traffic jams fully formed, during the 1950s and ’60s. Greenwood is older than every extant cemetery in the city of Detroit proper. And worth a visit! Go to Birmingham! You might learn something.