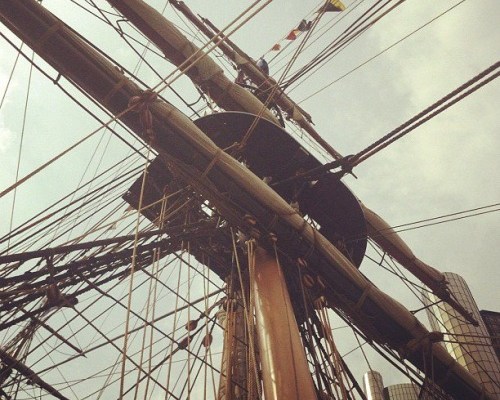 Briefly: The U.S. Brig Niagara is in town 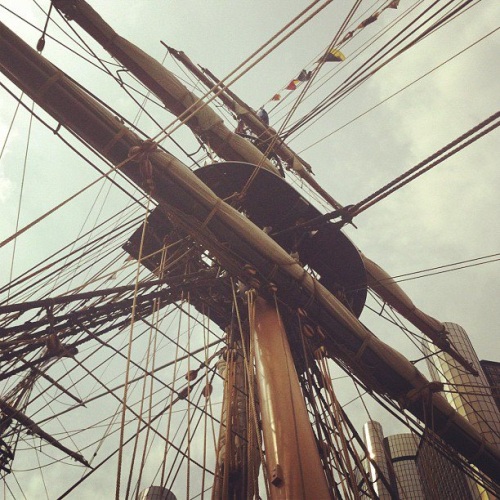 This is the ship that Oliver Hazard Perry rowed to from the wreck of the Lawrence during the Battle of Lake Erie. From its deck, Commodore Perry defeated the British, regained control of the Great Lakes, and forced a retreat from Detroit, which had been surrendered 13 months earlier.

This is the ship. Sort of. Scuttled in 1820, raised and restored for the Battle’s centennial in 1913. Here she is there:

The Niagara has been restored many times since (the open air, remarkably, being rather poor keeping for boats compared to the  cold, fresh water of the Great Lakes), and in the 1980s extensively rebuilt for sea-readiness. Now it spends the summers as a goodwill ambassador for the state of Pennsylvania and a kind of a mobile maritime museum.

And this weekend (thanks, War of 1812 Bicentennial!), it’s in Detroit! You can see it (and a couple of other ships that are also neat) and hear some Navy bands play and watch rifle drills and search and rescue demonstrations and meet lots of sailors through Monday morning when the ships sortie out.

Also, it’s a good idea to step inside the Renaissance Center. Today a nice sailor in period clothing taught me how to shoot a flintlock pistol.