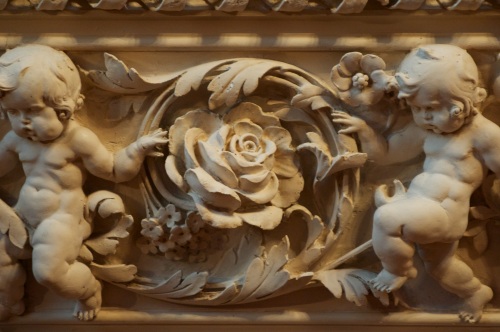 I’ve been meaning to learn more about Corrado Parducci forever. He had the best name. He had style (that’s him, second from left). He had a way with animals (the iconic Detroit Zoo bears are his work. So is this fabulous little owl). But for curious lovers of history and architecture, there’s not a lot out there for studying up on Parducci and his art.

Jen Baross and filmmaker Jack P. Johnson are trying to change that with “Corrado Parducci: The Man Who Made Detroit Beautiful,” a documentary about Parducci’s life and work. At long last! So I invited Jen to tell me what she loves about Parducci and why Detroit needs a movie about him. You never see Detroit the same way once you learn about Corrado Parducci, so read on, enjoy, and maybe think about donating to make this happen! Thanks Jen!

Many people refer to Corrado Parducci as an architectural sculptor whose career was prolific. While that statement is true, I prefer to call him designer extraordinaire. Parducci designed much more than just the architectural ornamentation we find on so many of our buildings — in his spare time he painted intricate designs on the walls of his home, wove tapestries, carved wooden busts of his children, and even designed hub caps and bumpers for automobiles during the depression.

Many things amaze me about him, but several come quickly to mind when I think of his work and why he was so special. There’s the sheer volume he produced — nearly 600 commissions fill his job book. Parducci designed 69 pieces for Meadow Brook Hall alone, and he would have considered that to be one commission — so that’s a tremendous contribution to our built environment.

And he was able to work in so many architectural styles — his favorite being Art Deco. This really falls back to his education. While his formal education ended at a young age, Parducci attended the Beaux Arts Institute of Design and the Arts Students League in New York. In one of my favorite articles, Parducci comments that because he was a young age attending these schools, he was like a sponge, sucking up all of the design skills of his older peers and instructors.

He admired the architects and their designers and was very fond of Albert Kahn, Wirt Rowland and George D. Mason. Parducci commented that he spent an afternoon with Mason, who brought out an old box full of photos of former employees and took a trip down memory lane, reminiscing about them and the work they did together. In my mind, Kahn always had a special place in Parducci’s heart — he was the reason Parducci came to Detroit, and Kahn’s recommendations were the reason why he was so successful. Additionally, Rowland’s progressiveness, with his mix of Gothic and Art Deco designs, captivated Parducci. 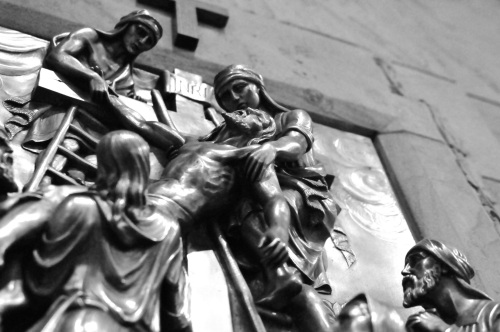 It’s hard for me to pin point a favorite commission. By far, his most amazing plasterwork is the Sir Christopher Wren ceiling at Meadow Brook Hall. Whenever I get the chance to visit the Hall, I’m usually lost in the dining room with my eyes glued to the ceiling. I’m amazed at how detailed it is — and how three dimensional the cherubs and flowers are. If we look at his work in bronze, his most spectacular work is the stations of the cross at the Shrine of the Little Flower in Royal Oak. (These are also the favorites of his son, Allen.) Terra Cotta? Bankers Trust Company on Congress in the Financial District. Stone? The Guardian Building, for starters. Wood? Well, you’ll have to wait for the film! 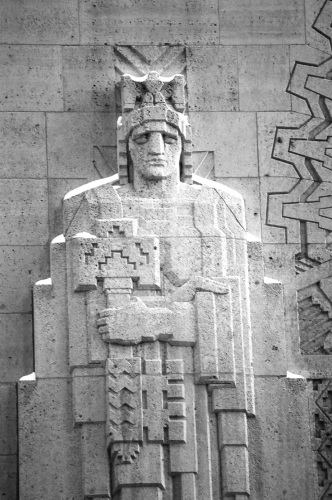 Many of you know that the Sanders Confectionary in Highland Park caught fire the morning of Saturday, July 14. Parducci designed the five panels above the main entry depicting the candy making process. 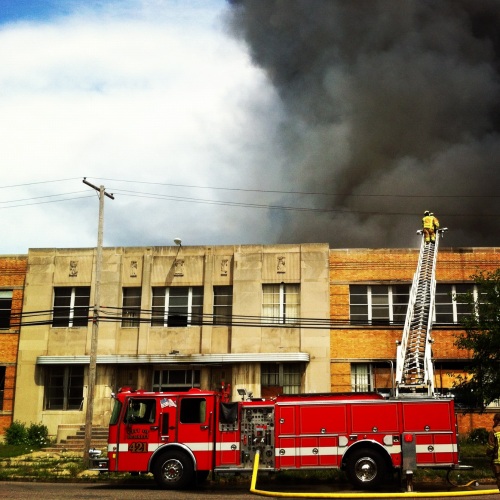 We are at a critical point in our architectural history, and time is of the essence. So many of our buildings have already been demolished. Documenting who Parducci was as well as his commissions is necessary to pass on to the next generation. Help us so that this critical link in history is not broken. We have launched a Kickstarter campaign, and with 13 days to go and 23% funded, we need your help. Please consider making a contribution to fund the film.

Here’s a link to the Kickstarter page.