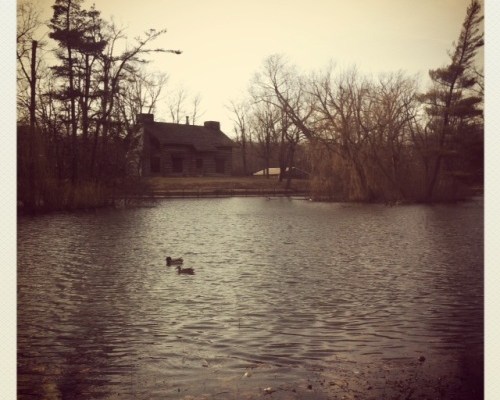 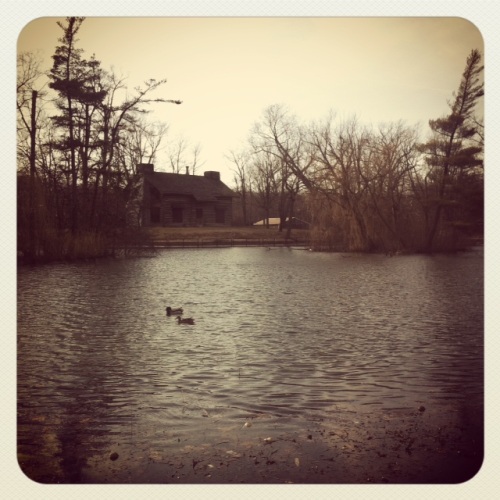 From the department of historical grousing: This gem from Eber W. Cottrell announced that Palmer Park was looking pretty good for the season — except for Lake Frances, the large, buggy, man-made lake in the heart of the park, named for Thomas W. Palmer’s mother-in-law Frances Merrill.

The artificial lake is nothing but a big mud hole in appearance, all on account of those confounded German carp which Mr. Palmer insisted on planting there. Some of the blamed things have grown until they are as long as your arm, and they wallow about on the bottom like a lot of hogs until the water is ruined in appearance. I will be forced to drain the lake to get rid of them, after which I hope to plant fish there which will have more civilized American manners.

Captain Cottrell led the campaign that sent Thomas Palmer to the U.S. Senate, and later toured Europe with the Palmers, so no hard feelings.

It’s not clear from the article, but he may have wanted to make sure the park was in ship-shape for the first-ever Detroit International Exposition, which brought thousands of tourists to the booming city.

While we’re on the subject of Palmer Park, you must save the date for Log Cabin Day at Palmer Park on Sunday, June 24, from 1 – 4 p.m. There will be an old-timey ICE CREAM SOCIAL with ice cream from Guernsey Farms (perhaps the special-est ice cream in Southeast Michigan). There will be live music and SQUARE DANCING. There will be PERIOD COSTUMES.

And best of all, there will be guided tours of Senator Thomas W. Palmer’s magnificent log cabin, which hasn’t been open to the public for over 30 years.

I’ll be giving a fun little talk at 2:30 about the history of the log cabin and why I love it so. Be there. And bring a picnic.

*The writer understands that Fish Week has become something more like “Fish Two Weeks,” and wishes to apologize. Also hopes you will stick around for at least one more installment of Fish Week.