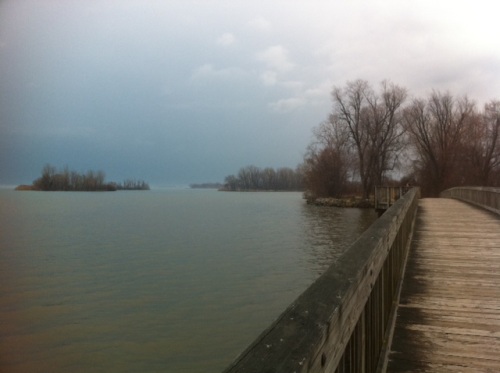 After a barely-there winter, Detroit is enjoying an unusually hot and sunny spring. And not for the first time.

From Silas Farmer’s History of Detroit and Michigan, a selection of mild seasons:

1823: “Flowers blossomed in the winter out of doors, and a vessel arrived from Sandusky on January 13.

1826: “The winter was so mild that grass is said to have grown a foot in January.”

(Silas describes a whole gamut of notable weather events in Detroit history, including November 12, 1827, “remarkable as being a very dark day,” and, in 1877, THUNDERSNOW: “On March 20 there was a sharp snow-storm, accompanied by thunder and lightning. It so affected the electrical apparatus in connection with the City Hall bell that at every flash the bell struck one.”)

So how’s your spring? Mine’s been good:

We chased out the Nain Rouge — the little French goblin that’s been terrorizing the city since Cadillac’s time. 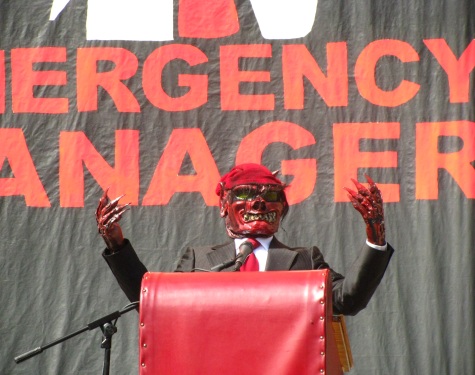 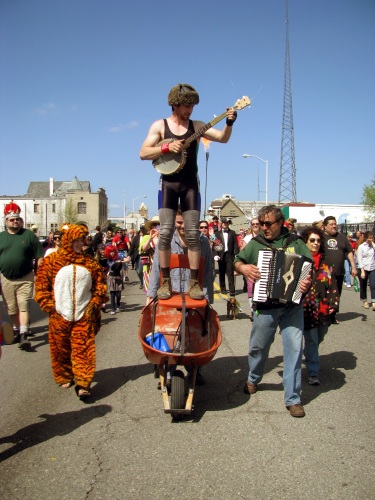 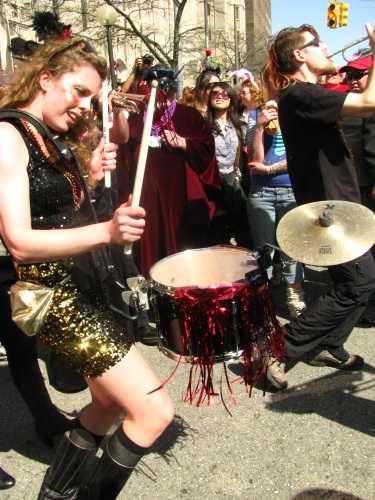 I took my dog to Lake Erie. The metropark is only a half-hour from here (it’s easy to forget that we live in a Great Lakes city!) and it’s beautiful. Serene, bracing, and lake-smelling; weeds, and fish, and fog.

It’s a smell of home, and an instant comfort. 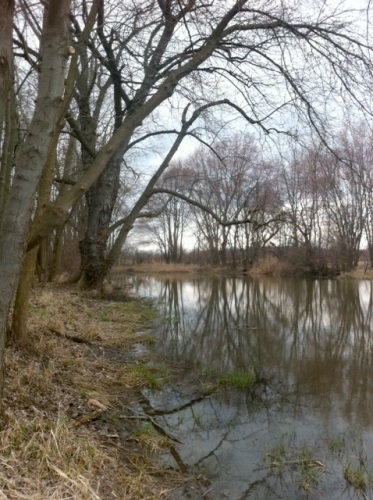 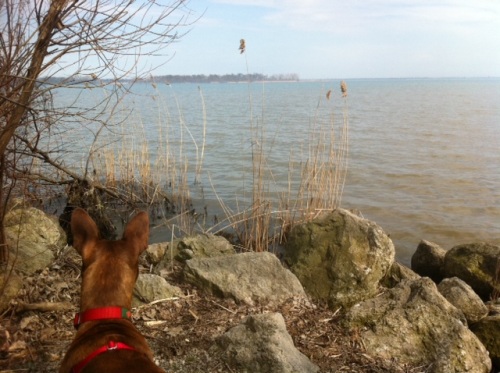 The dipping oar in soft encore,
Faint echoes wake along the shore;
And gliding boat, or launch afloat,
Appear, with spectral sails remote.” 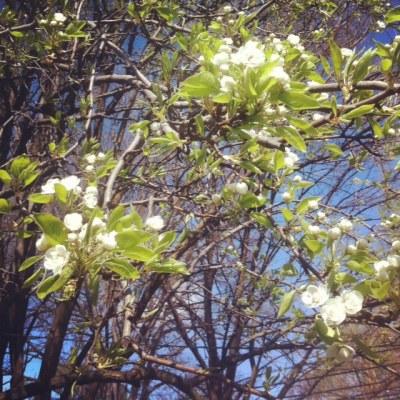 I’ve been standing around in my backyard, dumbfounded by the pear blossoms.

And it’s Opening Day! I’m so glad baseball is back. Celebrate with vintage photos of Detroit’s Opening Day, 1963, which my dad took on a fake press pass. (Timely: George Romney in a Tigers cap). 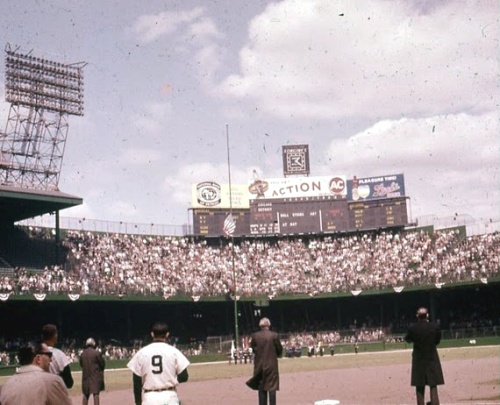 March and April are kind of magic months for me, full of birthdays and anniversaries and champagne on the porch. This time last year I took a sabbatical from the blog to get married. This time, this year, I’m taking a sabbatical to travel — first to Union Pier, MI, for a small spring retreat, then on a whirlwind tour of history and culture on the Eastern seaboard.

It’s kind of a delayed recovery from all of the noise and growth and joy of 2011 — the wedding, the book, the dog — and when I return, I hope to jump back into Detroit’s distant past full-force, with tales of pioneers, and heirloom pear trees, and carts piled high with furs, and graveyards.

Enjoy your April. Come see me again in May. And Go Tigers.