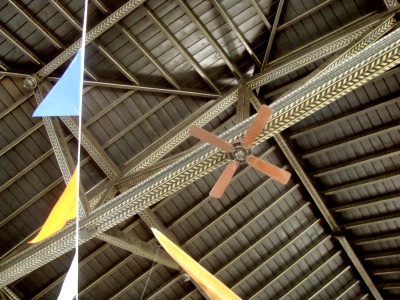 Meditations on a Boat Club

There’s something ancestral about boats.

Detroit is a maritime city, even though that eponymous motor and the interstates it compelled us to build have eclipsed this truth somewhat. Cadillac paddled here, Lewis Cass liked to read selections from his scholarly library in his canoe, and when the Erie Canal opened, Yankee settlers arrived in Detroit by — well, the boatload.

And our Boat Club is the oldest in the country. 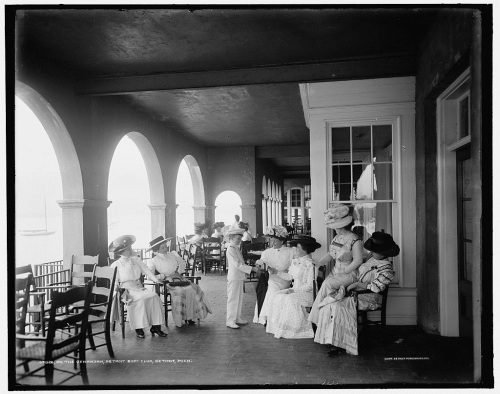 “When Monsieur de la Mothe Cadillac founded his post on the Detroit River some two hundred years ago he wrote to his superior that he had found the Gateway to the West. Now one can sit on the veranda of the Detroit Boat Club House and watch an endless stream of commerce passing through the channel, and he knows Cadillac was right. That is one of the charms of the place.”

On February 18, 1839, some society types who enjoyed the sport of boating started a club, a place where they could store some boats and a change of clothes. (Founding members included a smattering of Brushes, Campaus, Farnsworths and Ten Eycks. Also Alpheus Starkey Williams.) The club had a slip at the foot of Randolph Street and one boat — the Georgiana. 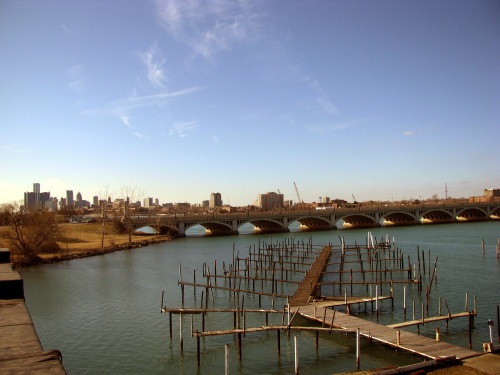 “When the house was built more men wanted to join, and then men became canoeists just to get the privileges of the organization.” 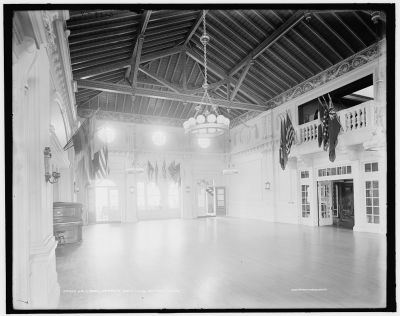 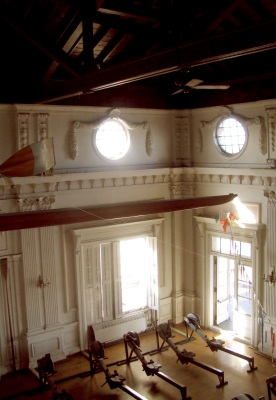 “In those early days the club was largely a social organization and barge parties were extremely popular. One of the features at this time was a stunning uniform adopted by the members. It consisted of a chip sailor hat covered with white linen and broad black band; sailor pantaloons of white duck with black belts around the waist; shoes with low sewed heels, and white socks; black silk handkerchief knot; blue shirts with white figure and broad square collar; coat of Kentucky jean. Garbed in this natty uniform the young sailors were wont to take the barges up the river on balmy, moonlight nights, the foremost young ladies of Detroit’s society by their sides, sending the craft steadily and swiftly along under the impulse of their strong, regular stroke.” 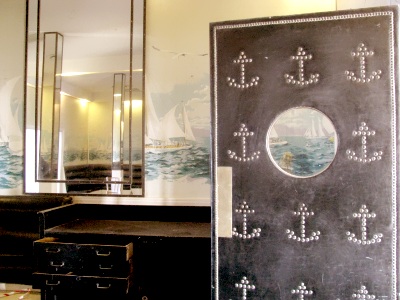 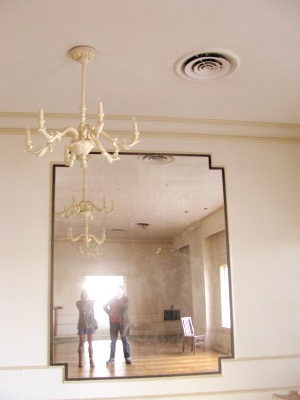 The fate of the Detroit Boat Club building is uncertain. The Boat Club itself has moved on; the building (owned by the city) is still occupied by crew teams and Friends of Detroit Rowing, but it needs a ton of love and money.

“In the early ’80s the taste for rowing subsided, and indoor gymnastics, baseball, and field sports took its place. The Detroit Athletic Club, which was organized in 1880, was the leader in the new direction. … The Detroit YMCA and Mutual Boat Clubs are now the only rowing clubs in Detroit. Walkerville, Ont., opposite Detroit, and Wyandotte and Ecorse, below Detroit … have also clubs, and these six are the only organized rowing clubs on the Detroit River, where twenty years ago there were about fifteen.” 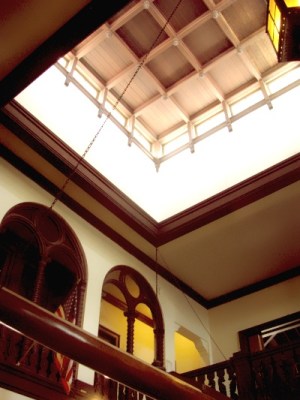 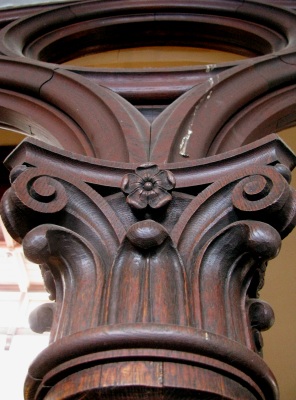 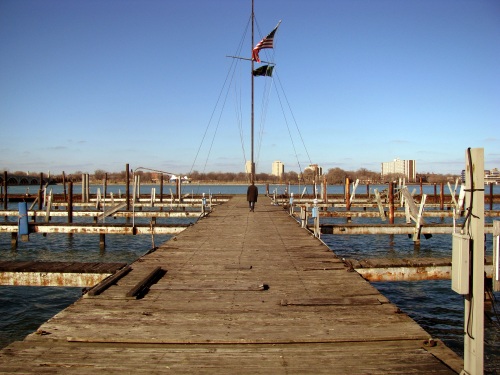 “And sometimes you are sick because you cannot leave the canal and, maybe, the parasol, and instead of the cushions throw into your craft a tarpaulin and bag of grub and turn northward over Cadillac’s route. And you dream of islands and camp fires and the smell of hemlock and the ripple of waves at night; but through it all you know that this is a whole lot better than the city gymnasium or the park; you were complaining out of that strange trait of human nature which makes us all want more and more of any good things which Providence sends us.” 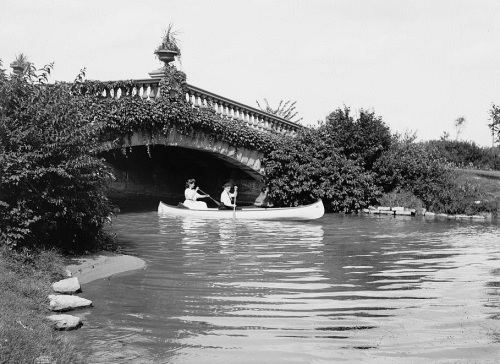