We recently went to Florida to see my parents, who — after 124 combined years of life in Michigan — called it quits on winter and moved there in November.

We were looking forward to a few days of sunshine, alligators, and paperbacks by the pool, but when we arrived at the airport in Fort Myers, we were greeted by blown-up photographs of Henry Ford and Thomas Edison, just palling around in super-size next to the Chili’s. In the atrium we found a Model T flanked by a life-sized cardboard cut-out of Henry Ford.

Momentarily it was a little horrifying. Where were we? Had we come so far, only to be followed by the challenging inheritance of our beleaguered city? 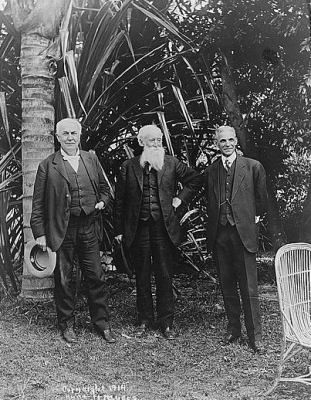 Edison and Ford in Fort Myers, 1916. The guy with the beard is naturalist John Burroughs. Source.

We came to our senses. There had to be a good reason for these guys to be hanging out at the airport together like it’s no big deal, branding Fort Myers with their portraits of industry, friendship, and snowbirding.

There was only one option: A history tour.

In 1885, Edison bought some land between an old cattle trail and the banks of the Caloosahatchee River in the yet-unincorporated town of Fort Myers.  He built a pier to have raw materials for his house delivered. 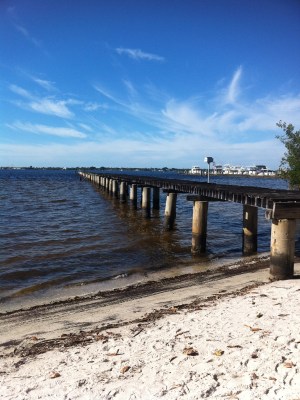 The population in Fort Myers was about 350. For 11 years there would be no electricity there. But when power, telephone service, hotels and railroads come to town during the turn of the century, an outpost supported by the cattle trade turned to the more refined business of fishing and summering. 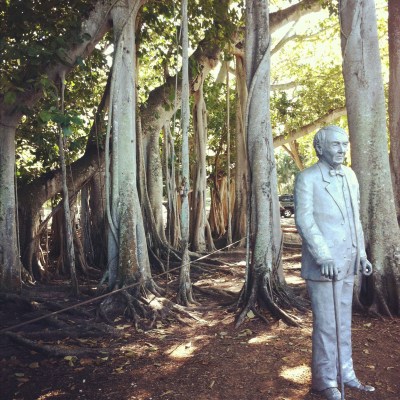 Oh, yeah. There’s also this banyan tree. When Harvey Firestone gave it to Thomas Edison in 1925, it was four feet tall. Today, it’s the largest in the continental U.S., and covers over an acre of land.

Edison conducted botanical research in Fort Myers — he was seeking an efficient, quick-growing latex crop that would solve an impending cost-of-rubber crisis — along with his regular-old experiments and inventions, which he practiced in a laboratory that is no longer there. You know why? Because it’s in DEARBORN! (Of course.) Henry Ford had it relocated in 1928. 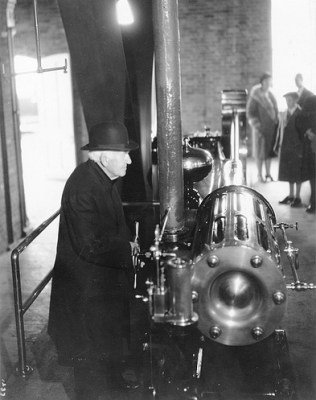 via The Henry Ford. Source.

Here’s Edison in that laboratory (inspecting the dynamo) at the grand opening of Greenfield Village.

The Edison summer house — “Seminole Lodge” — is a place I would be happy to spend a summer, or the rest of my life. The walls are white, the air smells like old wood and the sea, and every room opens a set of French doors to the wrap-around porch. 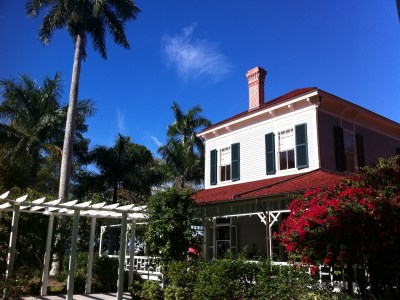 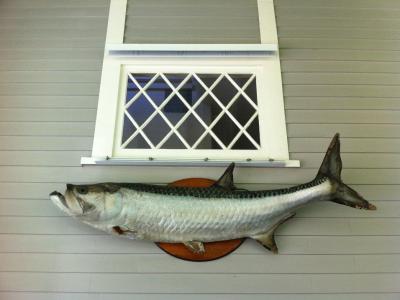 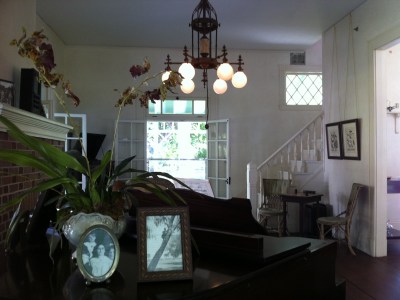 Lest you think our grandfather genius was all work and no play, Edison found time away from conducting experiments on the latex properties of exotic plants to spend with his family, fishing, canoeing, swimming, camping in the Everglades and hanging out on the beach. 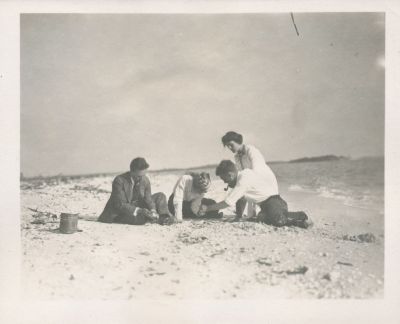 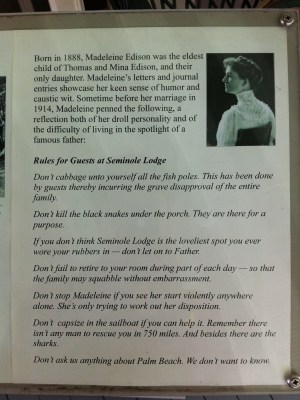 … penned some “rules of the house:”

If you don’t think Seminole Lodge is the loveliest spot you ever wore your rubbers in — don’t let on to Father.

Don’t cabbage unto yourself all the fish poles. This has been done by guests thereby incurring the grave disapproval of the entire family.

Don’t fail to retire to your room during part of each day — so that the family may squabble without embarrassment.

And don’t capsize the sailboat if you can help it.

In 1916, Henry Ford bought the estate next door. Buddies! His summer home, christened “The Mangoes,” is darker and less breezy than Seminole Lodge. (To me, it actually looks a little more like a lodge.) 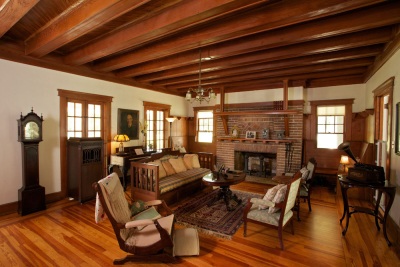 via the Edison & Ford Winter Estates

But it has one thing to recommend it: Ford had benches built under the windowsills, because he was fond of shoving aside all of the furniture and turning the living room into a dance hall. He wanted a place for the wallflowers to hang out where they wouldn’t be in the way. And I think that was very thoughtful of him. 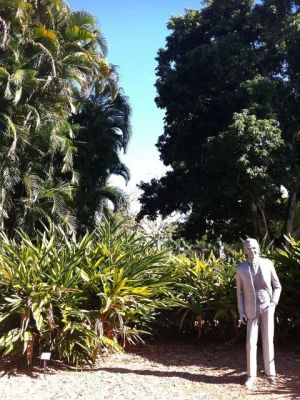 I’m glad we visited the winter estates, if only to be reminded that the history of Detroit isn’t pinned to the map: it spans tremendous distances, from this cold corner of our friendly peninsula to the extreme southern coast of the continental U.S., and to every city that ever had a Ford factory in it. (Not to mention: St. Nicolas de la Grave, France, where Antoine Cadillac was born; Radnor, Pennsylvania, where Mad Anthony Wayne is buried; London, England, where Hazen Pingree died; Niagara Falls, where Hugh Brady fought in the bloody battle of Lundy’s Lane. We could play this game all day. Also, I need to travel more.)

And because the estates and their eccentric collection of botanical marvels are beautiful, the Caloosahatchee River is beautiful, Florida in general is beautiful, and because even though I don’t like the thought of problematic Henry Ford following me around, it was kind of nice to see a familiar face.