In 1923 Detroit school children saved their pennies, nickels and dimes for a very special purchase: an Asian elephant named Sheba for the Belle Isle Zoo. You may remember her from this picture I posted about a year ago.

Today I found some adorable NEWSREEL (!!!) of Sheba the elephant. I promise it will make your Friday. 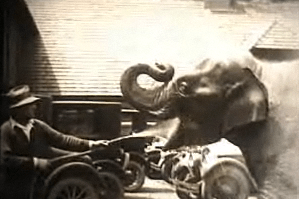 Here she is getting a bath.

Child star Jackie Coogan came to Detroit in 1926 in support of Near East Relief. He got to ride a carriage driven by Sheba the Elephant. He also got to hug Mayor John C. Lodge. MAYOR LODGE HUGGING ADORABLE CHILD STAR! 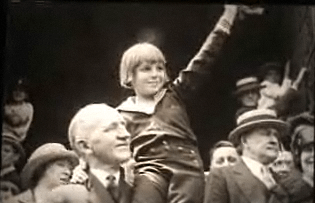 Warning: VMC has digitized several HUNDRED of these newsreels and it is dangerously easy to lose your whole day watching them. Just be prepared.