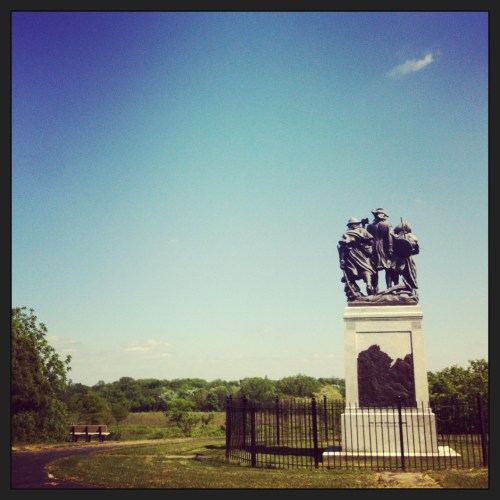 Hey, Detroit! We are lucky. You know why?

We get TWO Independence Days. (Actually, if you count Canada Day on July 1, which we celebrate with international fireworks, we get three.)

Besides the terrific  festivities we enjoy with the rest of our country on the Fourth, we can celebrate another milestone in our struggle to wrest control from the British: Evacuation Day, July 11, 1796.

Of course, Detroit belonged to the United States, in theory, after the Revolutionary War. But the British retained control of their fort at Detroit, for a host of reasons. In general, the triumph of the Treaty of Paris yielded to years of boundary disputes, diplomacy and intrigue. In the Northwest, a tribal confederacy demanded that the new federal government recognize their claims to the region. The United States didn’t have a military presence here, and George Washington was reluctant to start an Indian war. So the British stayed. And they encouraged the Indians to stay, too.

In 1790, after escalating skirmishes between Indians and settlers, George Washington sent the first offensive to present-day Ohio. Poor training and bad planning led to two massive and bloody U.S. defeats before Washington put Mad Anthony Wayne in charge. His victory at the Battle of Fallen Timbers (near present-day Toledo) ended the Northwest Indian War and rendered British excuses for keeping forts in the region null and void.

The Jay Treaty of 1794 made it official: the British had to leave their western forts, once and for all, by 1796.

And leave they did. On July 11, 1796  British “evacuated,” and the United States raised the flag over Fort Detroit. General Wayne was sick, so he left Colonel Hamtramck in charge. Though it is often reported that Hamtramck personally hoisted the Stars and Stripes, Captain Moses Porter actually did the honors; Hamtramck did not arrive in Detroit until July 13.

Did the British renegade Simon Girty really freak out and ride his horse across the river to Canada when he saw the American boats approaching? Probably not, but that is hilarious.

Most people who lived in Detroit at the time were French, so the transfer of power was received as more of a collective shoulder-shrug than a patriotic triumph. And all of these acrobatics — the defeat of the Western Confederacy, the  imperfect Jay Treaty, the British loss of influence in the Northwest — led to the War of 1812 a generation later, when the British took back our fort. And then burned down the White House.

But that is another story. And a hundred years later, with Detroit full of wealth and people and industry and American optimism, and the British long gone, the centennial of Evacuation Day was cause for celebration indeed.

At the approaching celebration there will be a grand parade of all the civic and military organizations … ; patriotic speeches, with politics barred; a riotous waste of powder (for Detroit has been skipping the Fourth of July for several years in view of this event), and fireworks of all nations in the evening. 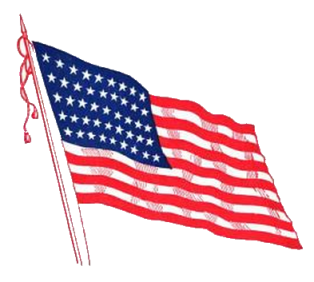 [American flag illustration from Centennial Celebration of the Evacuation of Detroit by the British, 1896]

Everyone who was anyone in Detroit came out to speechify on the grounds of the unfinished Federal Building, which stood where Fort Detroit used to be. A number of orators tied the Evacuation of Fort Detroit to the last unfinished business of the Revolutionary War. One son of the War of 1812 brought a spyglass that his grandfather swiped from a British ship during the Battle of Lake Erie.

Buildings were decked in red, white and blue bunting. Mayor Pingree invited important visitors from all over the country. They enjoyed lunch on a riverboat, where they were entertained by a mandolin orchestra. Then there was a big military parade.

I am not sure if Evacuation Day was ever celebrated in such a fashion again, but I doubt it. We may not even need to bring it back. But if you need one more reason to have a picnic, drink a glass of champagne, see a mandolin orchestra or set off fireworks on your street today, here it is. Happy Evacuation Day.