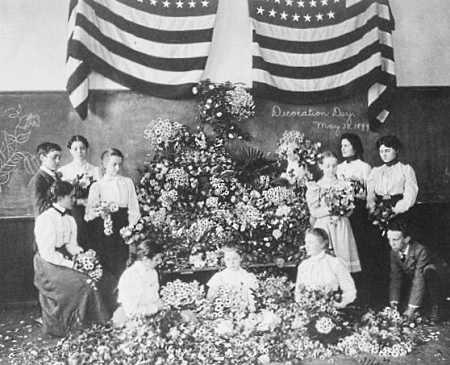 Last year for Memorial Day, I made a guess-that-military-figure quiz. It didn’t go so well. As an enthusiastic newcomer to Detroit and Michigan history, I constantly felt like I was trying to cram a life’s worth of half-forgotten regional history into late-night wine-fueled study sessions. So I guess I overestimated what everyone besides me “already knew” about military notables of old Michigan. Even reviewing the quiz today, I am foggy on some of these military figures. Like Jonathan Meigs, engineer of Fort Wayne. What the … who … why did I think anyone would know that? I don’t even know that anymore.

So this year, instead of a quiz, I present you with a humble scrapbook of Detroiters, Veterans, countrymen. Also, my 2011 selection is way more obscure. Fair warning. 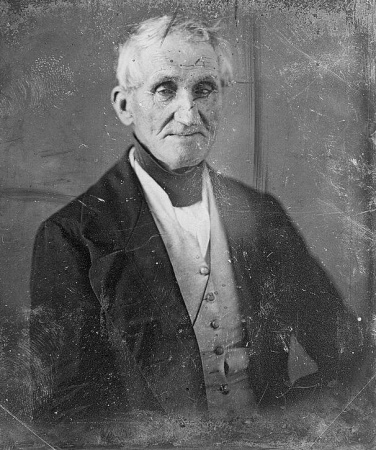 General Hugh Brady (1768 – 1851): From the Battle of Fallen Timbers, where he served under Mad Anthony Wayne, to the War of 1812, where he was severely wounded at the Battle of Lundy Lane, to Canada’s Patriot War, to the Mexican-American War, where “although past the age for active field service” (he was nearly 80) he helped equip soldiers and ship supplies, General Brady was a towering figure in Detroit military life. The “Brady Guards” were a volunteer militia unit that served under General Brady during the Black Hawk War, and although they disbanded after General Brady’s spectacular military funeral, iterations of the Brady Guard (later Grayson’s Guard, the Detroit Light Guard and the 1225th Corps Support Battalion) existed for generations. Although General Brady was a very old dude in 1851, he died not from advanced age but from a head injury when he was thrown from a carriage he was driving after the horses got tangled in telegraph wires.

Further reading: the thrilling tale of the Brady Guard Flag, presented to the militia by Stevens T. Mason, then lost to history, then triumphantly rediscovered! 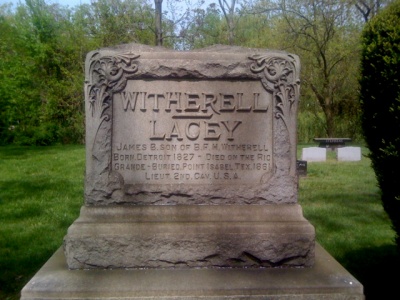 Lieutenant James B. Witherell (1828 – 1861): The eldest son of B.F.H. Witherell, a former city attorney and a cavalry lieutenant, was fighting Indians in Texas when news of the state’s secession reached his unit. The officers promptly agreed to return north to the Union. But Lieutenant Witherell, who was short-sighted, either fell from the boat or off the gangplank and drowned in the Rio Grande. 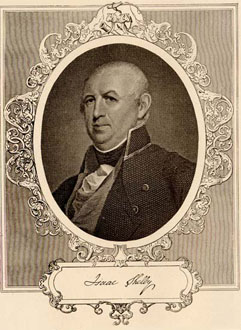 Isaac Shelby (1750 – 1826): Not a Detroiter, but Isaac Shelby — namesake of Detroit’s Fort Shelby — was one of the greats. A Revolutionary War Vet, he was Kentucky’s first Governor. He retired in 1796. But! With the War of 1812 looming, his loving public urged him to run for Governor again, which he did, and handily won. And THEN! After Kentucky soldiers met gruesome defeats at River Raisin (present-day Monroe, MI) and the siege at Fort Meigs, Governor Isaac Shelby — who was 62 years old — personally rode with a corp of 3500 volunteers to come to General William Henry Harrison’s aide. When the Fort at Detroit was re-possessed by Americans in September 1813, it was re-named in the Governor’s honor. 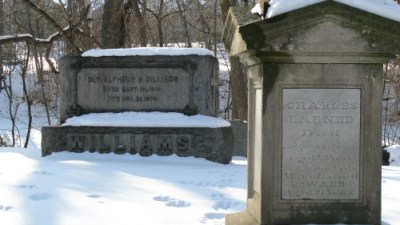 General Charles Larned (d. 1834): General Larned was the keeper of a document signed by 80 Detroiters, a declaration that they planned to seize and depose General Hull, who planned to surrender Fort Detroit without a fight. Hull, when he learned of the plot, sent them off to meet a convoy of supplies in Ohio, and the fort was surrendered in their absence. Or so goes a story that I don’t completely believe. After the War of 1812, General Larned served as Attorney General of Michigan. He died during Detroit’s second cholera outbreak, leaving “a family, city and state in mourning,” said C.C. Trowbridge in a memorial address. 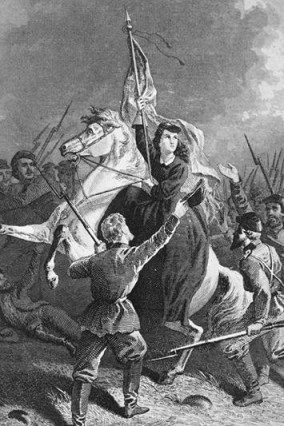 Anna Etheridge (1839 – 1913): Born in Detroit and living there when the Civil War began, Annie enlisted as a nurse in the 2nd Michigan Volunteer Regiment. On a horse, with a pair of pistols in holsters, she rode to the front lines to remove wounded men from the battle field and distribute water, bread and coffee. At the second Battle of Bull Run, General Kearny noted her valor and told her he would be promoting her to regimental sargeant, but he died in battle two days later and she never received her appointment. She did, however, receive the Kearny Cross for her extreme bravery, one of only two women to be so decorated.

So strong was the confidence of the soldiers in her courage and fidelity to her voluntarily assumed duties, that whenever a battle was to be fought, it was regarded as absolutely certain that “Gentle Annie,” so the soldiers named her, would be at hand to render assistance to any in need. General Birney never performed an act more heartily approved by his entire command, than when in the presence of his troops, he presented her with the Kearny cross.

From Women’s Work in the Civil War, 1867. (So is the imagined portrait, above, of Annie Etheridge.)