The good General dedicated a whole chapter of Early Days in Detroit to the celebration of Christmas in the 1830s and 1840s. 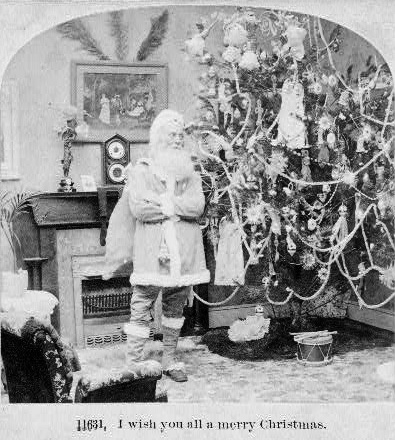 From his account, Christmas was a social expression of early Detroit’s convergence of cultural forces. The many New Englanders living in Detroit introduced Christmas trees, the story of Santa Claus, and “the pleasant custom of the interchange of presents.” The Catholics held an “imposing” midnight mass at Ste. Anne’s. (Protestants, General Palmer notes repeatedly, did not really participate in Christmas, at least not as a religious occasion.) And on Christmas Eve, according to a German custom, everyone stayed up all night to make noise.

It was quite the custom the night before Christmas to usher in the day with the blowing of horns and firing of guns, commencing at 12 o’clock and keeping it up until daylight … Woe betide the English speaking or Protestant family who had a German girl for a domestic. Her admirers would commence at the appointed hour and keep it up till morn. The German maid would be in eager anticipation of the opening of the fusilade and grievously disappointed if it did not occur according to program.

Let’s face it: it wouldn’t be a holiday in early Detroit without some reckless endangerment.

On Christmas day, the stores closed at noon, and the “horsey portion of the male community” came out for a French pony race on Jefferson Avenue (or right on the frozen river, if it wasn’t snowy enough on the street). Indians who lived in nearby settlements would come downtown to join the party and a local milliner would give them free festive hats.

At countryside homes, gigantic Yule logs were hauled in from the woods and burned in the hearth, and Christmas dinners were served of “turkey, with the pumpkin and mince pies, white fish and always the new cider, that had just commenced to sparkle.”

Nearly two centuries later: that quaint New England custom of passing gifts around had blossomed into terrifying throngs of crowds at shopping malls. The Indians have long since been forcibly removed beyond the Mississippi by the government. No one races ponies on the river anymore because — my God, that sounds really dangerous. There are cars where there were once carioles. And Santa skydives over Detroit with a parachute made of balloons. 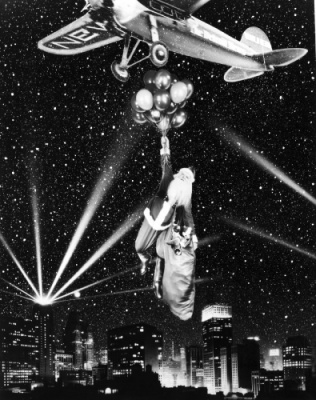 (via Virtual Motor City, where you can view a tremendous collection of Christmas photos from the 1920s to the 1970s or so. Guaranteed Christmas cheer.)

As an adult I have been rather ambivalent about Christmas, although I do appreciate the chance that it gives all of us to just put the brakes on for a few days and cook/drink a lot. I also just bought a Christmas dress, but I appreciate any occasion to buy a dress, and will sometimes invent one.

But this frontier street party sounds like my kind of Christmas. Just-sparkling cider and mince pie? Just what the doctor ordered.