Roseland Park Cemetery was organized in 1906. Located along the swiftly developing Woodward Corridor, it was easily accessible by trolley, but far enough away from the central city’s grime and noise to be respectable. A classy, modern place for people of means to ship out to upon their departure from mortal coil.

Writes Thaddeus DeWitt Seeley in his History of Oakland County:

Roseland Park Cemetery, rapidly developing into a beautiful home for the dead and a charming and restful breathing spot for the living, is located at the northwest corner of Woodward avenue and the 12 Mile road, Royal Oak township. It was originally a part of the estate of John Benjamin and was purchased in May, 1908. The cemetery about equidistant from the city hall in Pontiac and that of Detroit and, lying as it does along Woodward avenue, is in direct line with the of growth from either direction and is readily reached by electric transportation.

I came for one reason: Louis Kamper, the German architect who brought you the Book-Cadillac, the Book Tower, Broderick Tower and the Hecker House*.

A cadre of granite caryatids await your arrival at the front gates: the first sign that you are in Kamperland. (See here for the Roseland caryatids and here for another example of Kamper’s love of caryatids.)

But Roseland’s main attraction is Kamper’s colossal mausoleum, which was the largest of its kind in the United States when it opened in 1914. 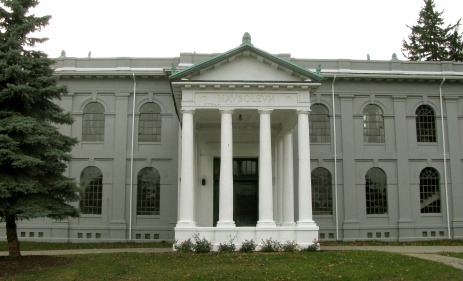 (For a point of reference, here’s Louis Kamper’s home in Indian Village.)

This astonishing house of the dead, occupancy 1300, includes Louis Kamper’s own crypt.

It wasn’t open when we visited on the weekend (I’m not sure if it ever is), but a peek through the windows revealed a soaring open structure with natural light, high stained glass windows, Doric columns and balconies. The nearby historical marker mentions white Vermont marble facing. 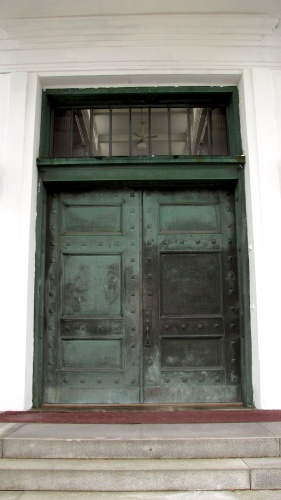 Isn’t there something kind of foreboding about this? I mean, I am the last person to let a cemetery creep me out, but this structure is so manse-like, I can’t help but imagine it in nightmare mode: you roll up to the swanky party and knock on the heavy bronze doors, only to find yourself trapped in an empty marble mansion with bodies in the walls, panicking to the soundtrack of a ghostly choir singing some fever-pitch requiem.

The other mausoleum, a sleek modernist cuboid that seemed to go on forever, disturbed me equally, in kind of a Space Odyssey way. The obelisk that holds the dark secret of our human future. Plus a giant mural of an agonizing Biblical betrayal for good measure. 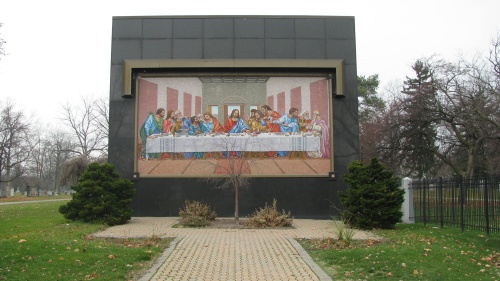 Okay, let’s cut that out. You know who’s buried at Roseland Park? This guy! 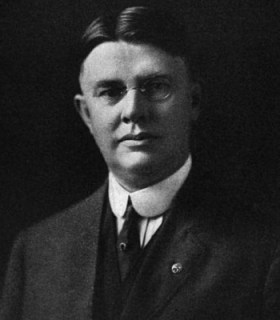 A.A. Grinnell was also a respected numismatic — a collector of coins and currencies. From an account of an American Numismatics Association meeting in August 1940:

At 3:30 it was still raining, and at that hour the party boarded buses and private cars for the Detroit Golf Club, where we were the guests at a complimentary dinner given by A.A. Grinnell, a member of the Detroit Coin Club and one of our best-known collectors. At each place had been placed an aluminum token struck for Mr. Grinnell for the occasion. The obverse bore the bust of Lincoln. The reverse read: ‘Life Member No. 20, ANA Albert A. Grinnell, Numismatist, 1515 Woodward Avenue, Detroit, Michigan.’ The dinner was one of the most enjoyable features of the entire convention, and Mr. Grinnell was congratulated on all sides for being an ideal host. 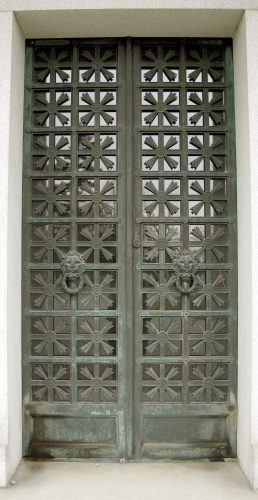 There are a few war memorials at Roseland Park, including one for Spanish American Veterans: 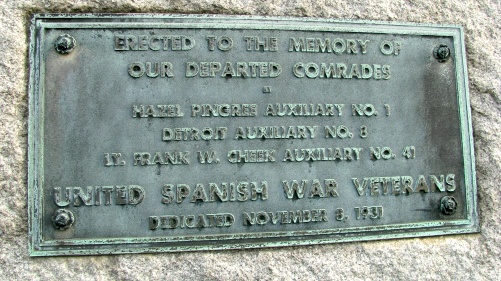 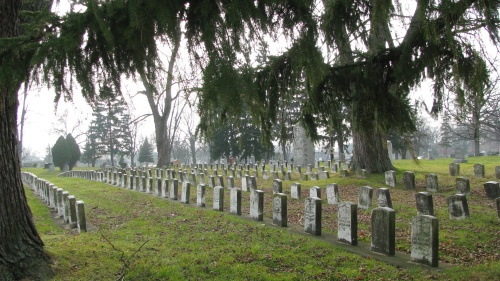 And one for Veterans of Foreign Wars, featuring the famous Spirit of the American Doughboy (more on him!): 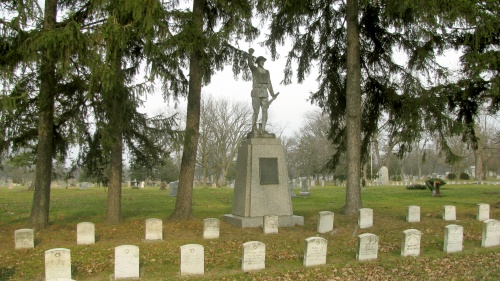 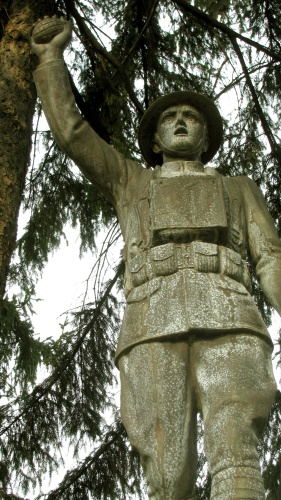 There are some notables buried at Roseland including Rob Tyner of the MC5 and David Jefferson “Davy” Jones of the Ty Cobb-era Detroit Tigers, but I missed them, and just kind of wandered. Here, I saw this pretty mausoleum. 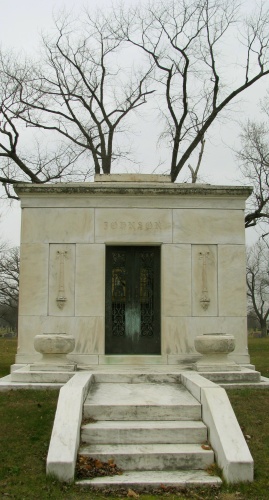 Who’s been here? Have you seen anything else of note?

(*For more on Grinnell Brothers and Louis Kamper, Buildings of Detroit is your guy.)