An incomplete and nonauthoritative guide to haunted, historic Detroit

Mea culpa: this round-up did not turn out as heartily as I had hoped. Yes, we gave you Daniel Scotten. We gave you haunted Fort Wayne. What else do I have for you? Not much, but that’s OK. I still want to be less than a total slouch for you, dear readers, and bring you the best of what I turned up.

This is one of those great ghost stories that comes wrapped in its own timeless little urban legend. It goes like this: you drive your car to the bridge near Tacoma Lake that leads into the woods. You cut the engine. You tap your horn three times. An Indian woman dressed all in white appears and beckons you into the woods. Whatever you do, you don’t follow her. Because there’s “no account” of anyone ever doing that — a funny way of saying, “No one comes back if they do.”

More: Sweet Juniper (Oh, and his essay about ghost-hunting, girls, and Halloween in Detroit is a must-read. Go read it. Then go look at pictures of a cute kid in a Robocop costume.) 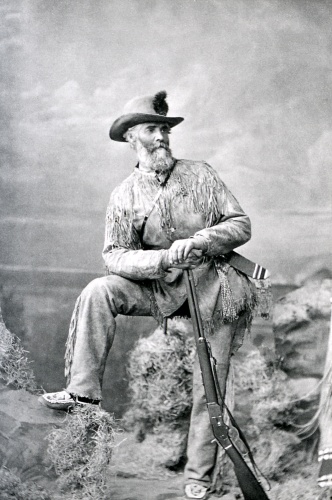 THIS GUY! is Colonel Philetus Norris, who moved to Michigan after serving as a spy in the Civil War. As part of a federal land contract in what is now North Detroit (formerly the Village of Norris), Colonel Phil platted the land, managed the plank road, convinced the railroad to run through his town and drained the creek to make way for farmland. He built the village jail and general store, which he also lived in for a while. Now it’s the Two Way Inn — and haunted, so the story goes, by Colonel Philetus Norris himself.

Philetus Norris was also the second superintendent of Yellowstone National Park, and vital to its early success. The City of Detroit, in its historical overview of his home (which is on the National Register), called Norris “an explorer, union spy, cavalry man, land developer, sanitation expert, politician, poet, amateur archaeologist, and lover of freedom.” Quite a resume.

More: Metro Times (this is great! read it!) or Col. Norris’s book, The Calumet of the Coteau, and other political legends of the border.

This post shows up on a couple of Angelfire-esque ghost story forums. Why does every ghost-hunter website ever made have to be black with neon writing on it? No really, WHY? Who are you people and what year is this?

I digress. This story of the ghost of a one-eyed homeless dude haunting the Fort Shelby reads like something an 8th grade boy came up with on a camping trip, rife with shit and typos, and so it probably is. But let’s just enjoy it:

During an unusually rare building inspection the startling discovery of years of accumulated human waste was uncovered. They say that it was well over four feet deep. To the inspector’s horror, inside one of the rooms they found the skeletal remains of Old Al. He did not drown in the sewage but it is suspected he became mired in the sludge as he came down a stairway and could not free himself while in the dark and most probably drunk.

… As strange as his cause of death may seem the strange part of the story is that people like myself that work in the area still see old Al walking through the alleys near the old hotel. I personally believe I have seen Al on several occasions late at night sitting in the alley behind the old Fort Shelby Hotel and that was well after they claim he had died. Once after his body was found I swear I saw him sitting at the rear of the building. I called out his name he looked up, stood and turned toward me. I was somewhat frightened and I glanced over my shoulder make sure I had a clear escape route but as I turned back it was if he had dematerialized into the steam that pores from the old manhole covers in the alley.

I had no luck recruiting ghost stories about the Whitney, but their upstairs lounge is called “Ghost Bar,” so come on.

It is sometimes said that the spooky things that happen at the Majestic Theatre can be attributed to the ghost of Harry Houdini, who died in Detroit on Halloween in 1926. One of his last performances (but not THE last performance, as is sometimes reported) was at the Majestic. Harry Houdini, who dedicated much of his ample energy to debunking spiritualists, mystics, psychics and conjurers, would be unimpressed with these rumors. 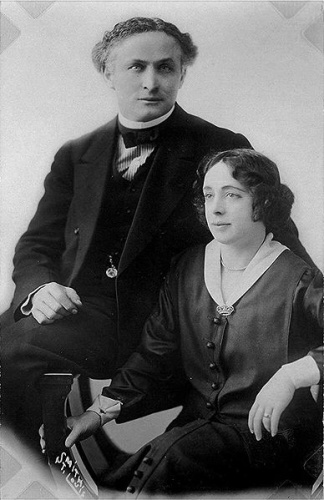 Love a ghost story that’s got more flesh on its bones (excuse the pun) than “this creepy thing happened.” This one gets a nice dressing of a forlorn father-daughter love-and-marriage tale.

Charles Rogers, the story goes, built his beautiful white Victorian mansion with one dream, and one dream alone: to see a future daughter walk down the grand staircase on her wedding day. Guess what? It never happened. First his wife had four sons. One of his sons gave Charles Rogers a granddaughter. The mansion was decked out for her wedding day, but she eloped at the last minute. And what happened to poor Charles Rogers? Why, he died of a broken heart, of course.