Sunday was the first day I’d been to Greenfield Village since I was a shivering teenager with improper footwear on a Christmas walk like 8 years ago.

Here are some things that I really liked about it this time around. 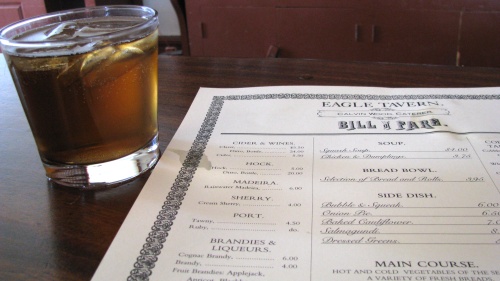 The Eagle Tavern serves booze. The fact that it is not common knowledge that you can drink as much as you want at Greenfield Village is beyond me. Motor City brews (giant) beers especially for them! But we opted for Stone Walls — rum and organic hard cider. And they were delicious. 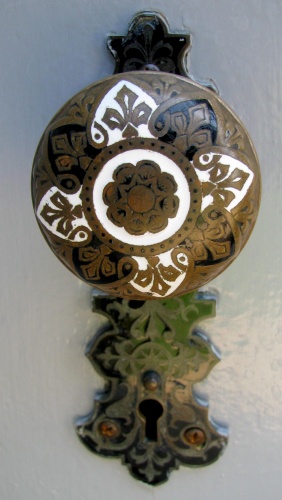 This gorgeous doorknob. Which leads you to Thomas Edison’s office. THOMAS EDISON’S OFFICE. 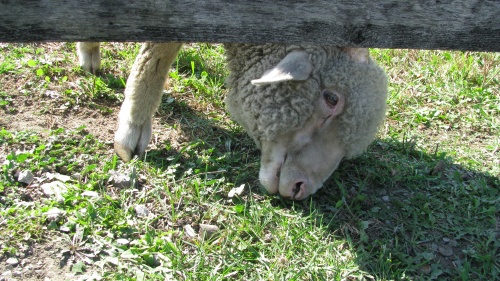 There is a working farm on Greenfield Village. Like, it actually grows food that actual people eat. And where there are working farms, there is livestock. Look at this sheep! 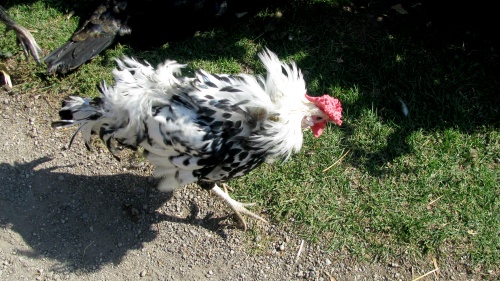 Look at this rooster! 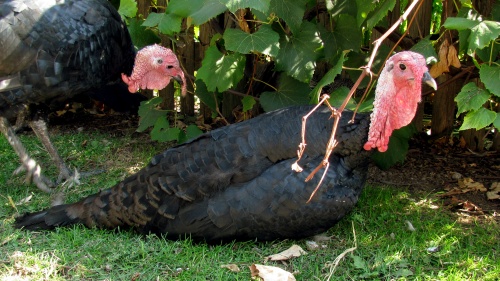 Look at these turkeys! 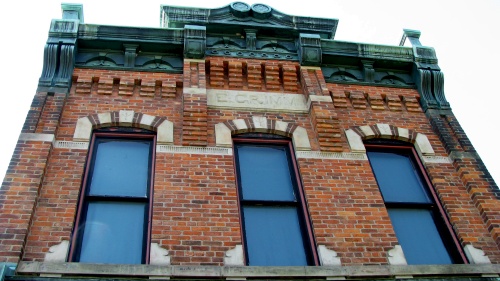 This is Englebert Grimm’s jewelry store, which used to be on Michigan Avenue in Detroit between Wabash and Vermont. Henry Ford used to visit Mr. Grimm’s store to buy watch parts, and they would discuss mechanics.

Engelbert Grimm was German (look at this building; I mean, can’t you tell?) and also a prominent local musician and organist. 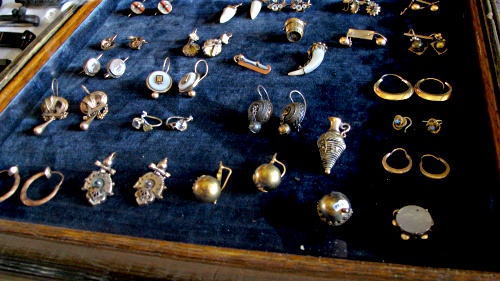 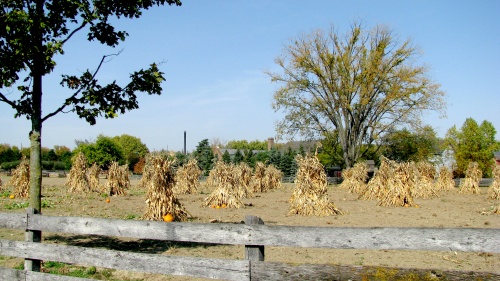 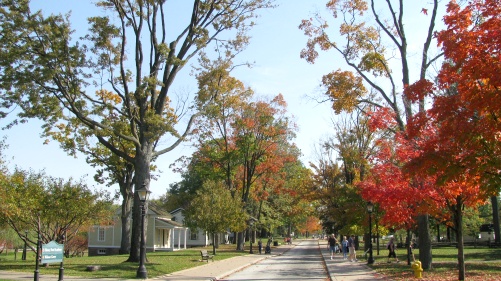 And it’s really something lovely. 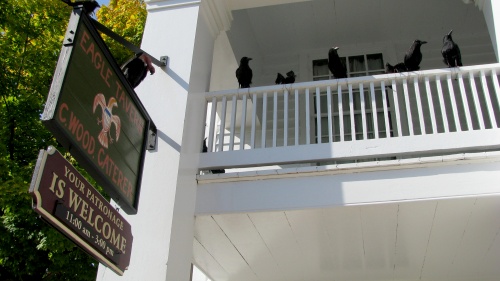 Some of the Halloween decorations are a little tacky, but I adored this murder of (fake) crows and a lone buzzard watching over Eagle Tavern. 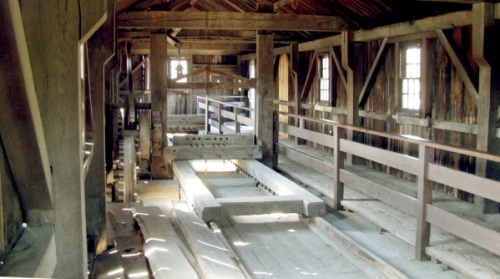 I liked that even if you’re not really geeked out, or even that sharp, on industrial history, you can still enjoy the architectural grace of some of these buildings. 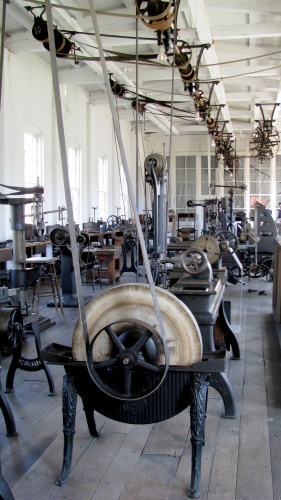 And of course, the historical reverberation. I mean, this is Menlo Park. MENLO PARK! 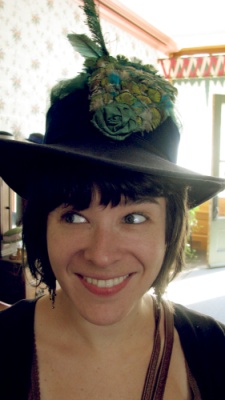 And you can try on the hats at the “local” millinery.

Personally I think this look is coming back for fall 2010.