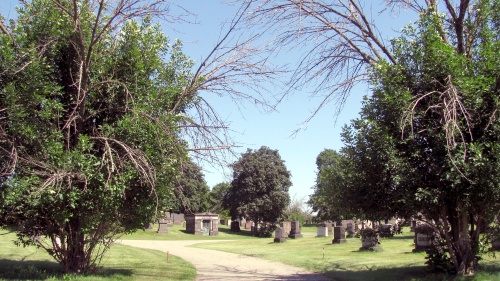 Woodmere is part of Detroit’s clutch of historic rural cemeteries. (See also Woodlawn and Elmwood.) It’s on Fort Street in Springwells. The cemetery was founded in 1867 by a cabal of influential businessmen who wanted to plan a big (bigger than Elmwood), beautiful rural cemetery, far (farther than Elmwood) from the bustle of the city.

They did a pretty swell job, overall. And Woodmere is still in pretty good shape, even though some plots are crowded, with disorienting headstones facing every which way.  It’s hilly and rambling and there’s a lake in the middle ringed by leaning willows.

Woodmere also has a dedicated historian and champion, Gail Hershenzon, who literally wrote the book on Woodmere. She also runs a website with a digital records search (AMAZING!). And gives tours. I wish every historic cemetery had someone so loyal posted at this task. Anyway, we’ll leave the dirty work to her and just show you some of the many, many pictures we took.

Some folks you know might know who stay at Woodmere: 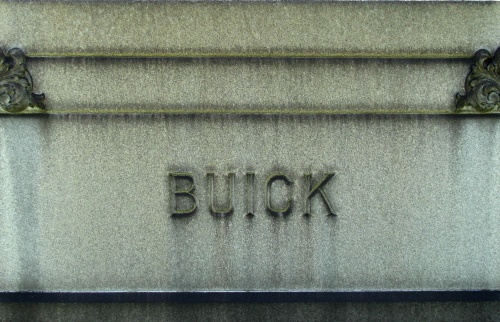 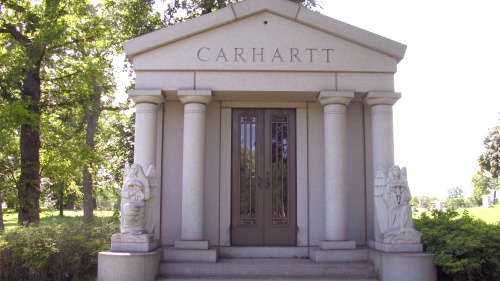 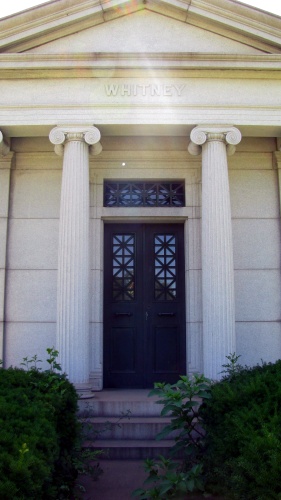 Some things we noticed: A whole lot of Masons. 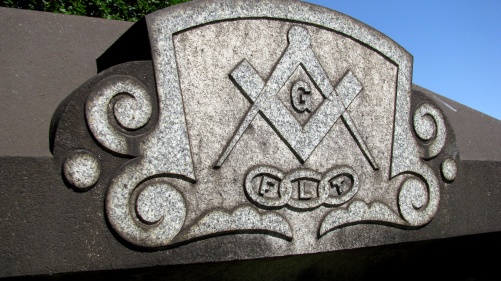 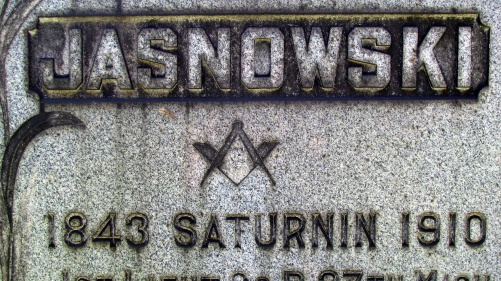 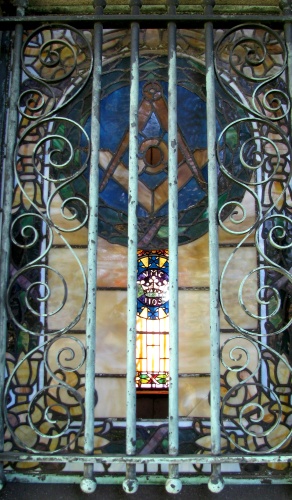 I love the Square and Compasses paned into the stained glass.

There are a number of fraternities, lodges and orders with monuments at Woodmere — some even have their own plots. 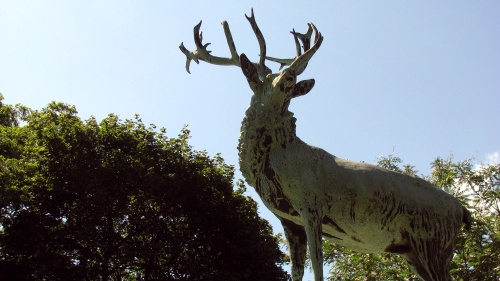 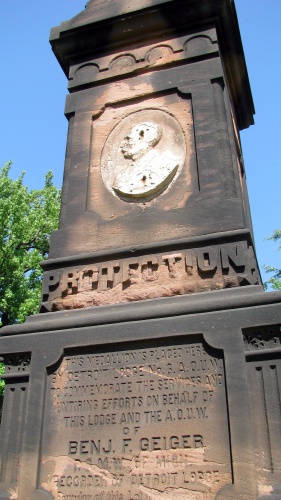 A commemorative plaque in memory of Benjamin Geiger, erected by the Detroit Lodge No. 6 of the Ancient Order of United Workmen. 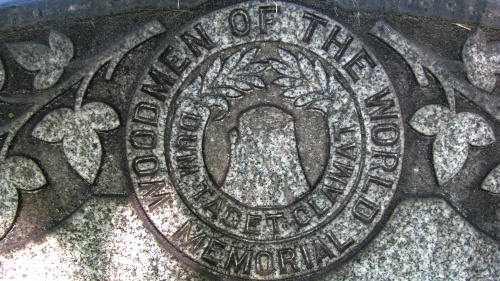 Woodmen of the World.

Woodmere also has a U.S. Army section, where a number of Civil War soldiers are at rest. Many were originally buried at Fort Wayne. 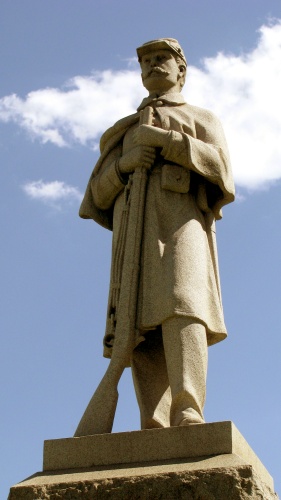 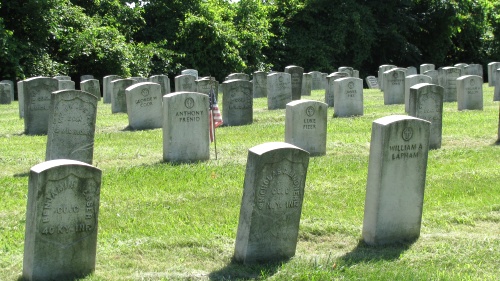 We met a lonely, pretty cemetery dog. I didn’t get too close and neither did he, but we regarded each other like this for a long time. 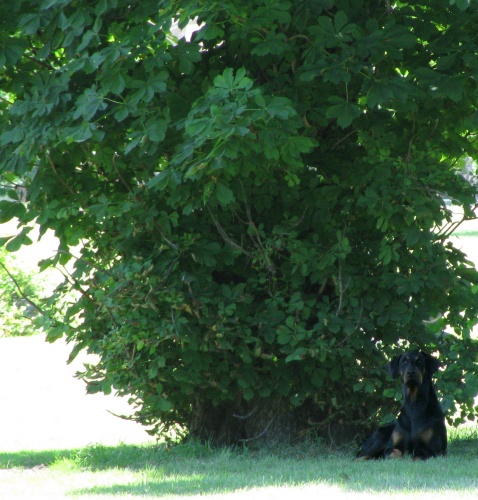 I like this unusual in-ground mausoleum. Hershenzon says the whole monument used to be sparkly white. 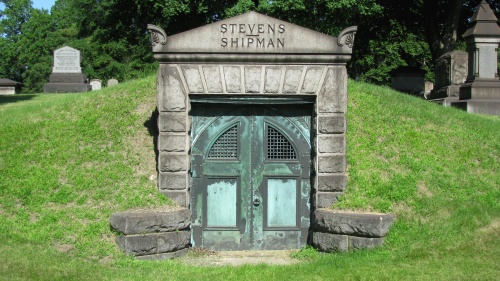 One imagines that it’s the obelisk that’s been growing, and not the tree: 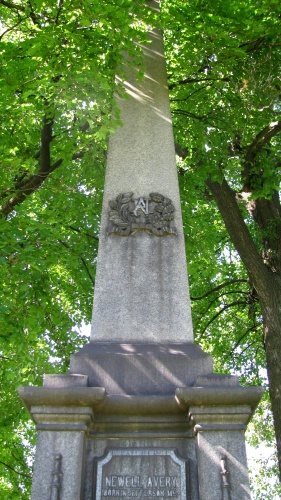 There’s not as much Egyptophilia at Woodmere as there is at Woodlawn, but the Van Baalen crypt is a gem: 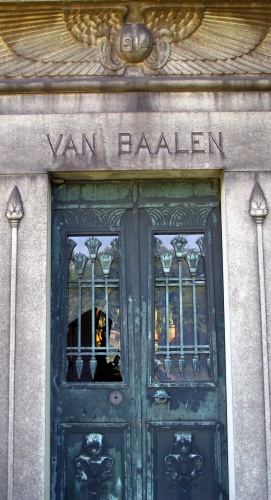 Check out the Pharaoh faces in the doors: 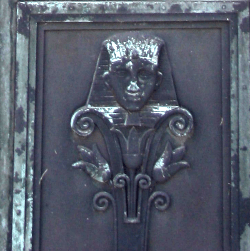 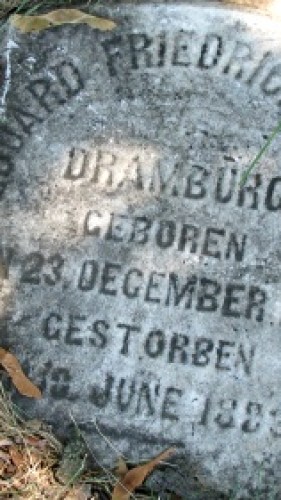 Plenty of headstones and gravemarkers in German. 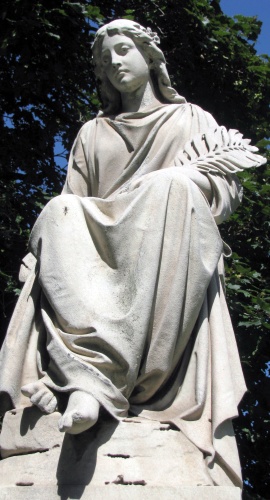 A lovely barefoot angel watching over the Widman plot.

We took way too many photos. See more on our Facebook page.