Well, really. Just scenes of a cannon. And some fauna.

We drove into Rouge Park on Saturday to see what we could see of the nearly 1200-acre mega-park that’s scheduled to close on July 1 along with 76 other Detroit parks. I will admit, sheepishly, that I did not know this park existed until it showed up on the closures list last week.

The way I’ve heard it, the City dropped $1.3 million on several plots of farmland along the Rouge River back in the 1920s. Then they didn’t do a lot with it. As a consequence, Rouge Park is ringed by all of your standard-issue parks features (and then some: a golf course, 11 tennis courts, 14 baseball diamonds and THREE public pools, plus pony stables and an AeroModelers field), hugging a huge, quiet interior of woods, prairie and wetlands. 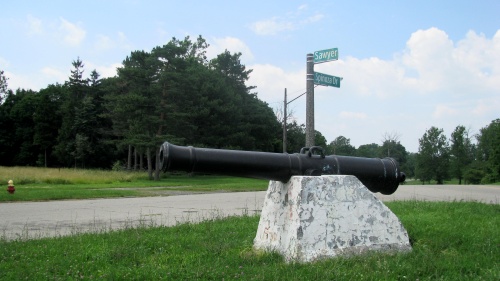 We found this cannon. I think it might be a commemorative reproduction, but I’m not sure of what or from when. Any ideas? 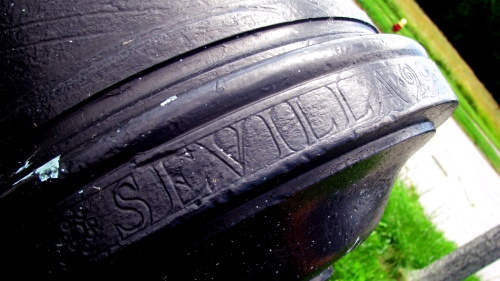 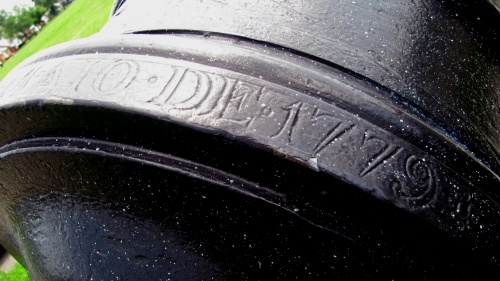 Or had to do with Spain? The Battle of Baton Rouge? Something about the Revolutionary War? 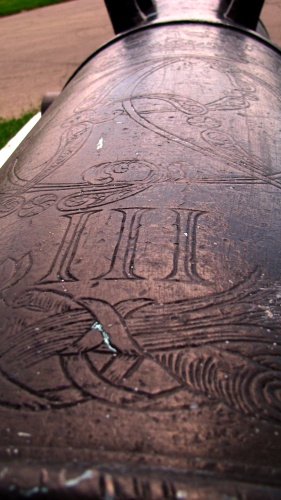 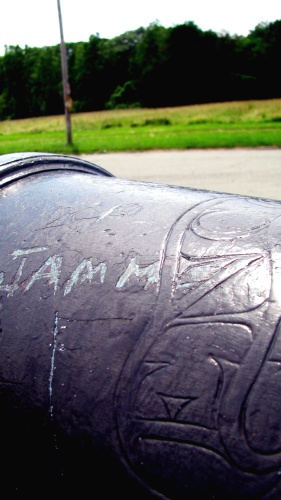 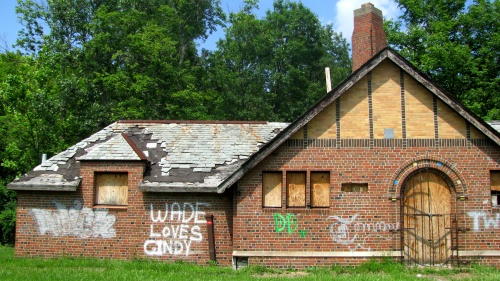 We saw three of these old club houses scattered around the park. I love them like Wade loves Cindy, although, it seems, they need more productive love than I can give them. 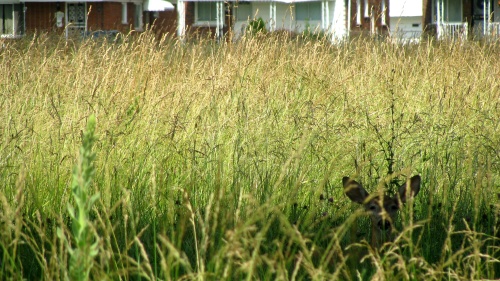 We tried, and failed, to find a trail on the River, and now I’m in hot pursuit of some trail maps. We were about to leave when we saw this pretty lady relaxing in the tall grass with her friend. 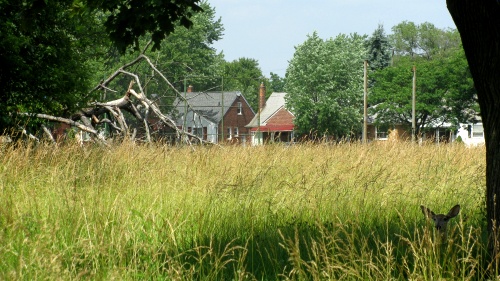 I wish I had taken more photos of all of the activity thrumming around in the park; I really do not want to make this park look neglected or underused. There were low-flying model planes humming over Jefferson Field, lots of families out grilling and swimming, bikers and hikers circling the trails and clean-up crews picking up trash on the streets. But the grace of a park like this is how easy it is to get a little lost in it. 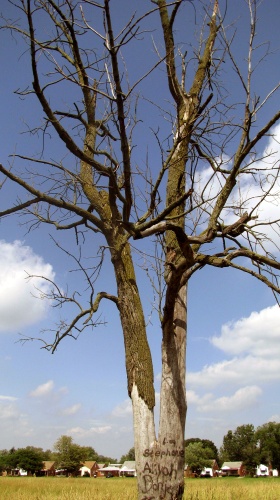 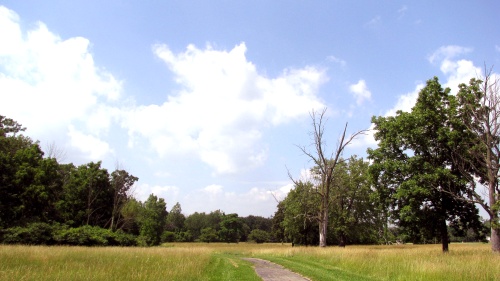 Today at 5:00 PM, in a show of support for the closing parks, will be gathering at Palmer, Riverside, Rouge and other parks across the city. It’s been promoted as a protest rally, and if that’s your style, I’m sure you’re free to bring bullhorns and big posters. But I think it will make just as much of a statement if you just show up to picnic, play tennis or basketball, go swimming, ride bikes, grill out or take a nap in the shade. I will be at Palmer Park to PAR-TY. IN THE U.S.A. See you there.

More information on Facebook (where you can also follow The Night Train) and via the Friends of Rouge Park.

If you’re going to be at Palmer and would like to say hello, send me an email.