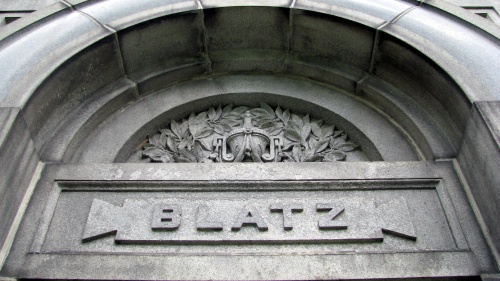 An excursion to Forest Home Cemetery in Milwaukee’s Lincoln Village had been on my mind for more than a year, since the early days of my love affair with Captain Frederick Pabst. I hadn’t realized until recently, though, that many of Milwaukee’s other famous brewers are buried there, too. The family plots of Pabst, Schlitz and Blatz form a kind of beer baron delta, where three of Milwaukee’s greatest brewing kings are locked in eternal rest as they were in mortal destiny. 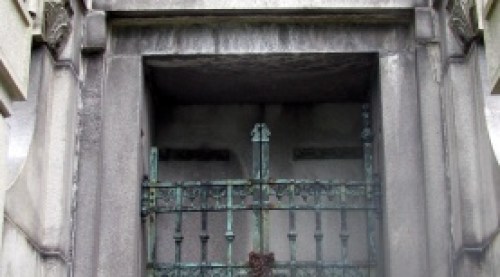 Valentin Blatz was born in Bavaria in 1826. He came to Milwaukee in 1849, established his brewery in 1850, married the widow of the brewer Johann Braun in 1852 and produced Milwaukee’s first individually bottled beer in 1874. 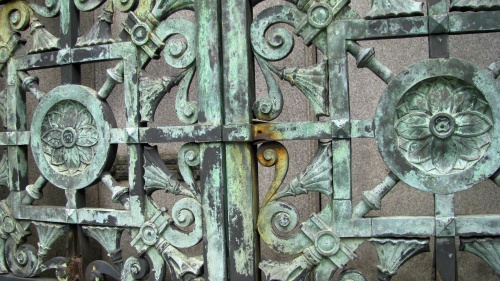 Just across the road from the huge Blatz family mausoleum is the Schlitz family plot, featuring the brewer Joseph Schlitz’s towering cenotaph: 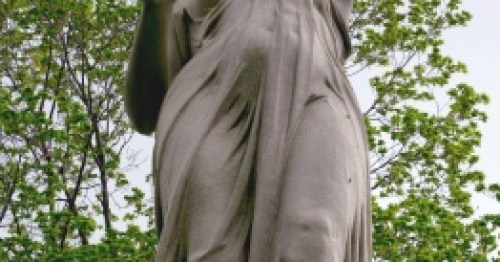 Joseph Schlitz immigrated to the United States from Germany in 1850. Like Val Blatz, he married another brewer’s widow and took over the brewery subsequently. The Great Chicago Fire of 1871 helped Schlitz become the Beer that Made Milwaukee Famous, as his frequent donations of beer to the city filled the void left by burned-down Chicago breweries. 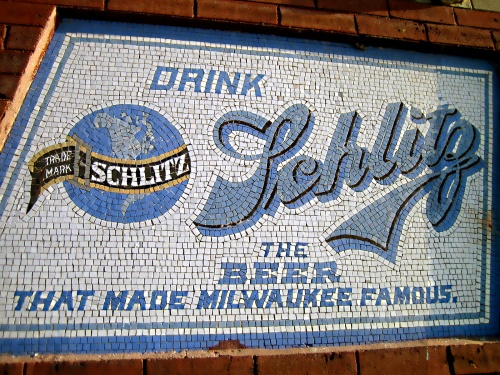 Joseph Schlitz died in the shipwreck of the steamer Schiller in 1875, off the coast of England. 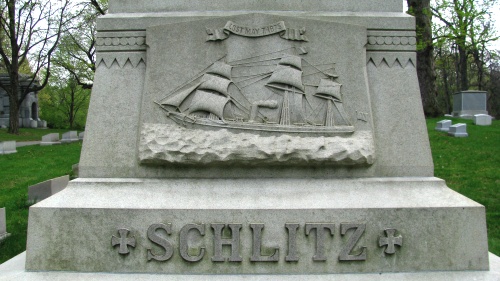 And now, if you will, a moment of silence for the Captain: 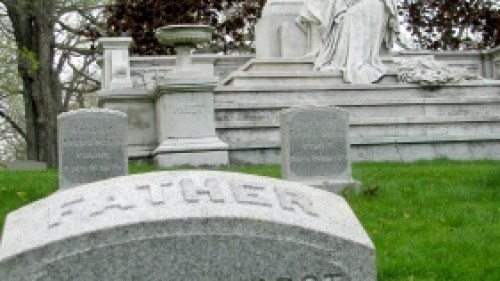 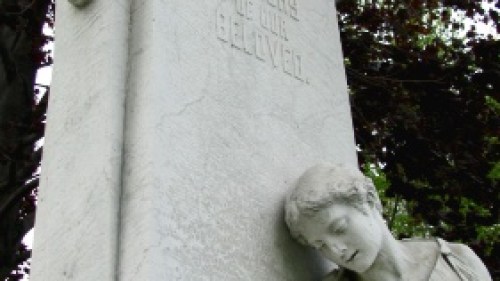 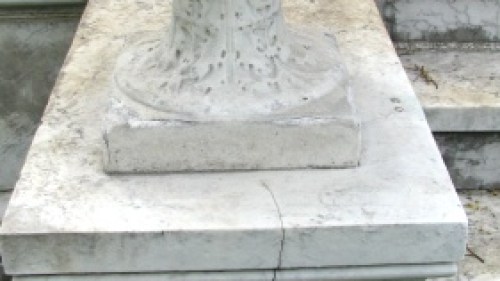 I like to imagine that in death, as in life, his cup overfloweth with Blue Ribbon. 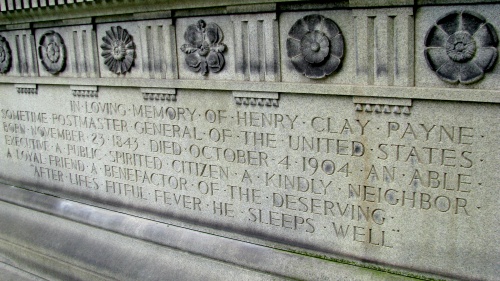 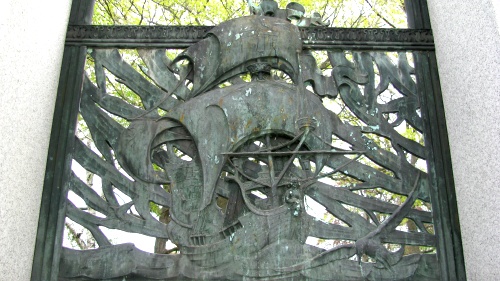 The Froemming Brothers were Milwaukee shipbuilders, and these sculptures on their family monument are gorgeous: 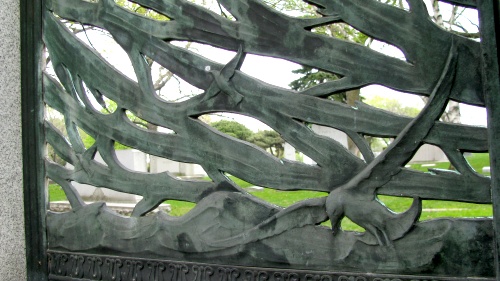 Everything is in bloom right now. We saw some baby geese and a lot of fat, purple flowers that really bring that whole “circle of life” concept into perspective. 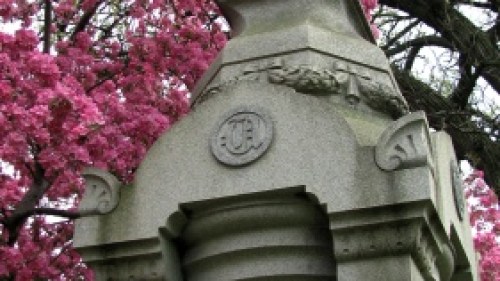 Forest Home was incorporated in 1847 on a hilly, forested plot of land about 2 miles away from the city along the Janesville Plank Road. Since its first burial in 1850, the cemetery has interred more than 110,000.  It would have been nice to spend a few hours wandering the grounds (Forest Home’s website has a nice self-guided history tour), but we had other dweeby tasks to attend to, as well as several mai tais to drink.