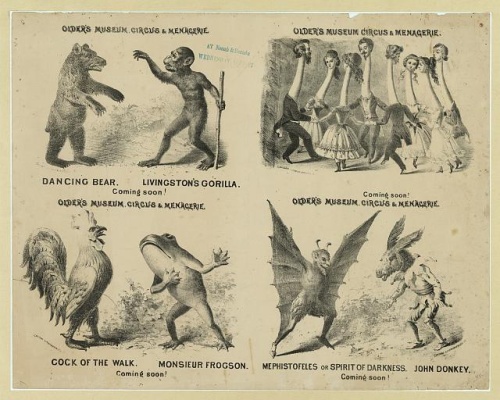 The public are respectfully informed that the Garden continues open to visitors. The Museum, consisting of some of the finest specimens of Ornithology, Minerals, Coins, natural and artificial curiosities, and a Grand Cosmorama occupying one building of the Garden, another containing thirty seven wax figures of some of the most interesting characters. The Garden will be illuminated every fair evening and a band of music will heighten the enjoyment of a walk through upwards of three thousand feet of promenade walk.

Refreshments as usual. The Baths are likewise in order for company.

(From Silas Farmer’s History of Detroit and Michigan, 1884. Unrelated illustration from the Library of Congress.)

David McKinstry came to Detroit from Hudson, New York in 1815 with his wife and four children. He didn’t have any money or a bankable trade, but he was a hard worker and an apparently ambitious guy. He joined the fire department, was soon appointed inspector of the port, and eventually attracted the attention of Lewis Cass, who placed him as commissioner on several territorial projects, including the Saginaw Road and the establishment of a county seat. I suppose in a sloppy harbor settlement of a few thousand people, it might not be too hard to get your name out there. Nonetheless, David McKinstry made his name. He served as a contractor on the county court house, established a ferry across the river (operated by French ponies, somehow) and was elected alderman in 1824.

But besides his generally industrious city- and state-building endeavors, McKinstry busied himself with an entertainment empire that must have been a huge spectacle at the time: the Michigan Garden, with its accompanying theater, circus, menagerie and museum of curiosities. (It may have been the city’s first “museum” proper; it opened in 1834.)

David McKinstry came to my attention via History of Detroit for Young People, which I just checked out of the library again. His collection of bathtubs, novel at the time, is really what started this whole inquiry:

The earliest tub in the United States was built in 1842, in a house in Cincinnati. It was a large and expensive arrangement in a mahogany case and its owner showed it to his guests at a Christmas party. He invited them to try it out, and several men did so. The newspapers went after him and said we were a simple republican people and that we ought to be ashamed to imitate the foolish luxuries of Europe.

… While Cincinnati was proudly boasting about her new stationary bathtubs, Major David C. McKinstry, a prominent Detroiter, not to be outdone, in the early forties put a number of wooden tubs in a small building facing his amusement park … One could take a bath and have a band concert near at hand, while the clatter of dishes, the cries of the animals in the little zoo, and the chatter of merrymakers in the park echoed pleasantly through the thin walls. You would not mind a bath with such a happy setting, would you?

David McKinstry’s museum and most of its collection was destroyed by a fire in 1842. Oh, and his son Justus McKinstry was a controversial Civil War general who may or may not be responsible for the phrase “pork barrel spending.” A lot more information about the McKinstry family is available in Rogue, a biography of the General, here. 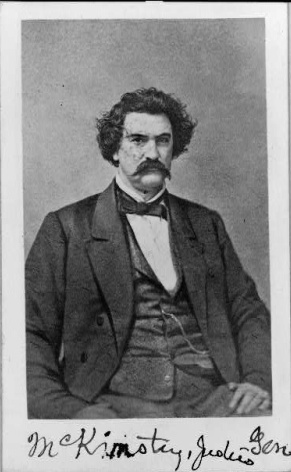 Now I’m kind of excited about early circuses, museums and public gardens. If you know about any good ones, why are you keeping it to yourself?