(EDIT! 11-8-2010: Remember how History of Detroit for Young People was written in the 1930s? Yeah, well. Colonel Hamtramck was moved from Mt. Elliott to Veterans Memorial Park in Hamtramck — in the 1960s.)

(EDIT! 6-11-2011: Mad Anthony Wayne was not struck fatally with gout until later that year, but he didn’t make it to Detroit until August.)

Mt. Elliott is conveniently located right next to Elmwood Cemetery, a huge, rolling park set along a wooded valley, the final resting place of city founders, mayors, distillers, businessmen and activists. It’s tucked behind a busy, noisy corridor at McDougal and Lafayette, just a few blocks north of humming Jefferson Avenue, and when I visited yesterday, the neighborhood was clogged with packs of kids, parent-chauffeurs and pokey yellow school buses. 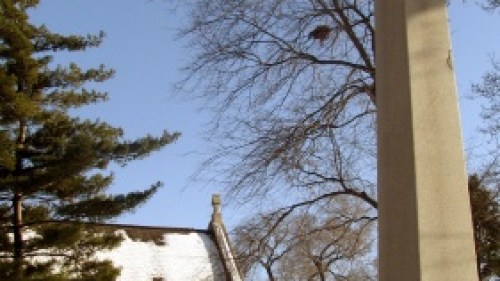 Past the limestone gatehouse, though, it’s another story — and another world. I’m pretty sure I was the only (living) person there. When the private security guard pulled the car up next to me and rolled down the window, I thought he was going to tell me to move my car, leave the cemetery because it was closing, stop traipsing through the snowy plots, or otherwise get lost.

But I think he was just glad to see someone.

“Did you find what you’re looking for?” he asked.

Then he kindly suggested I come again soon, and drove off.

The snow makes everything idyllic and restful, but it also makes it really hard for a lady like me, who is somehow not enough of an adult to go buy winter boots, to do a lot of productive exploring. But even the view from street level at Elmwood is tremendous — the place is a treasure field of towering obelisks, leaning spires, weeping angels and extravagant Victorian stonework. 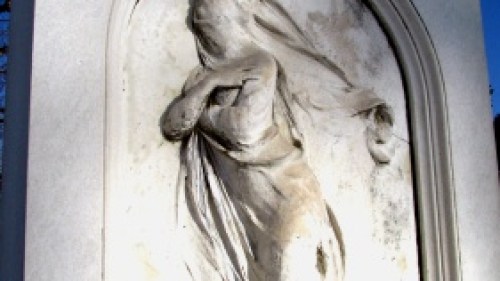 This haunting veiled lady, her face obscured forever, has an amazing story, from the Elmwood Cemetery website:

Designed and sculpted by Randolph Rogers, this graceful and lovely monument on the Waterman lot has a long and interesting history. Carved of Carrera marble in Italy, it was shipwrecked off the Spanish Coast on its journey to Detroit in 1869. It was salvaged two years later, only to sink in the Hudson River and be recovered. The monument was later toppled over by a windstorm in 1919.

And even though I missed some of the biggest names in Detroit history — Lewis Cass, Coleman Young, Hiram Walker, Russell Alger — just a stroll along the perimeter of the cemetery is an astonishing reminder that most of our city streets and sites are named after, you know, real people: 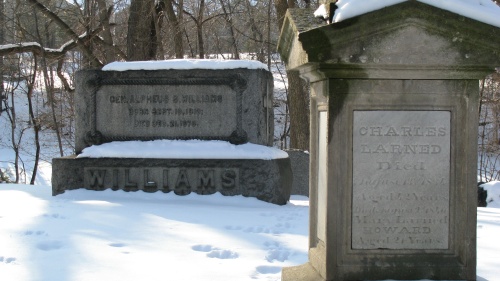 Like Charles Larned, former Attorney General of the Michigan Territory and War of 1812 Veteran, and Civil War General Alpheus S. Williams, who is the subject of an equestrian memorial statue on Belle Isle; 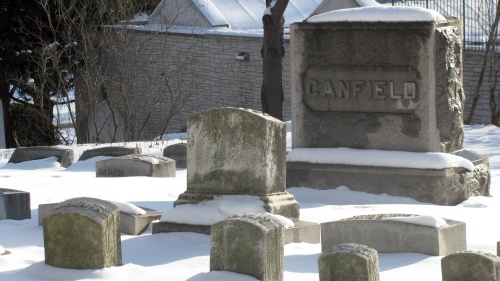 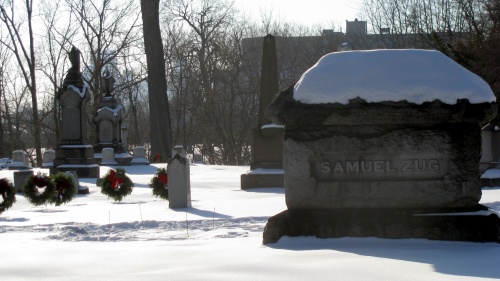 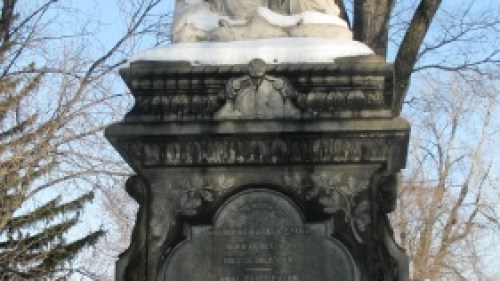 Theo H. Eaton, business man and co-organizer of the Detroit Gas Light Company, now DTE, who used to look like this: 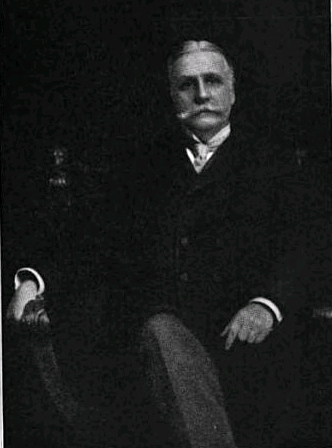 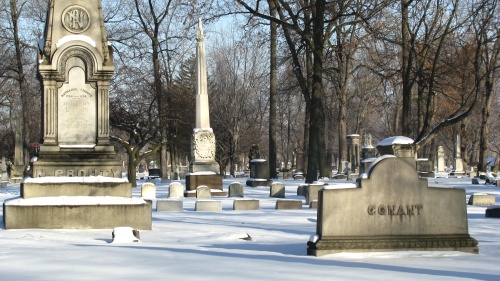 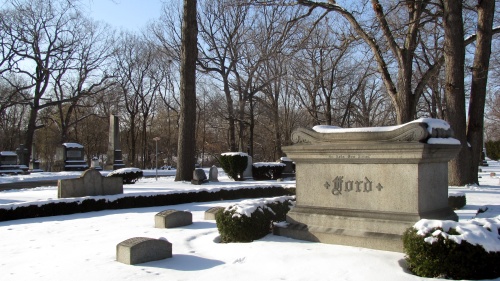 And an assortment of Fords. But not the famous ones.

By the time I got to Mt. Elliott, which is much smaller than Elmwood, my feet were too achey from the cold to walk. So I made a few slow laps in my car, my eyes darting across all of the headstones to find the lucky Colonel.

But no such luck for me. I’ll either have to go back when it thaws, or when I invest in some boots. Maybe I can claim them as some sort of blog-necessitated tax write-off. 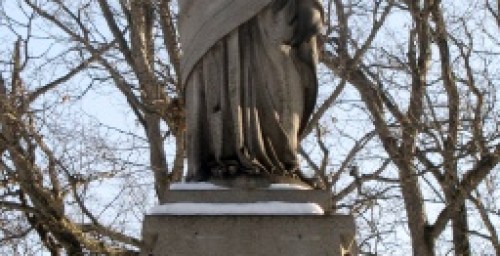