Photographs from the Detroit Publishing Company

Have you ever seen those old postcards — I tend to find them crammed in shoeboxes at antique stores — with luridly hued landscapes or blush-tinted street scenes and historical landmarks — photographs that almost look like rigid little paintings? 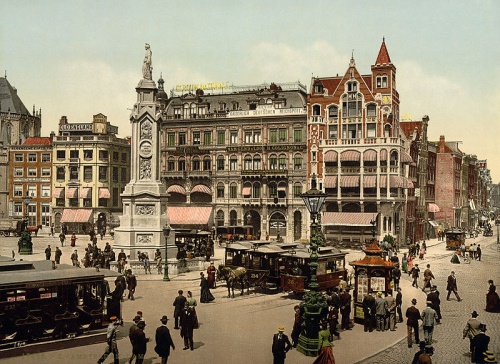 There’s a good chance they were made in Detroit.

In 1896, The Detroit Publishing Company acquired the exclusive American rights to PHOTOCHROM (uh, caps lock emphasis mine, because it is my new favorite name of a thing), a Swiss-patented process for making color lithographs from black-and-white photo negatives. Before PHOTOCHROM, photographs were colored by hand; color lithography was faster and produced more consistent results than hand-coloring or early color film. And it was so much sexier than black and white!

In a stroke of great serendipity for the partners of the Detroit Publishing Company, Congress passed the Private Mailing Card Act in 1898, which allowed private publishers to produce their own postcards. They were so cheap and so beautiful, and business boomed for the Detroit Publishing Company, which sent its photographers and dealers around the world by rail and sea to take photographs and buy negatives from other photographers willing to sell their wares. 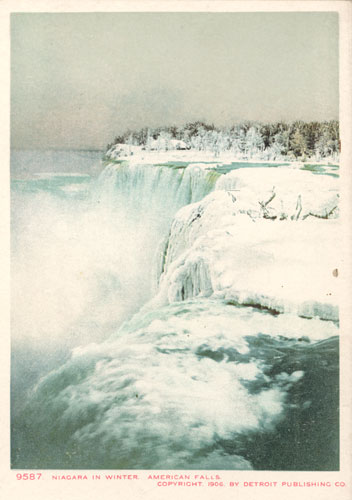 Photography, of course, was revolutionary, but I’d never really thought of postcards as a milestone in publishing until working on this post. It makes so much sense, though: a penny or two, and you’ve got a tiny — but resplendent — work of art in your hands. Photography was the window on the world; the postcard brought the world to your mailbox. 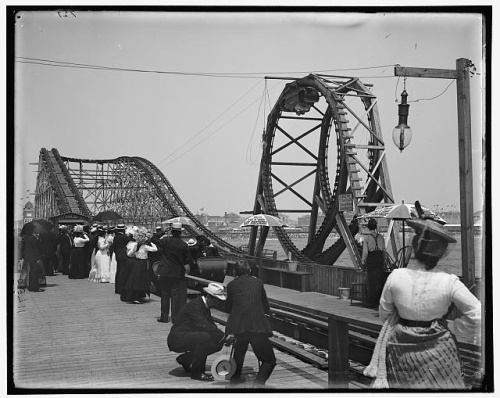 Because I still haven’t bought a decent pair of winter boots, and because I don’t really like going outside in the cold, I spent a few hours in a substantive virtual exhibition on the Detroit Publishing Company presented by The Henry Ford. It’s a little dated as digital exhibitions go, but it’s still a delightful and comprehensive introduction to the history of the business, and naturally it’s full of more than a hundred great photographs and lithographs of street life, nature, architecture, transportation and pretty things from all over the world at the turn of the 20th century. 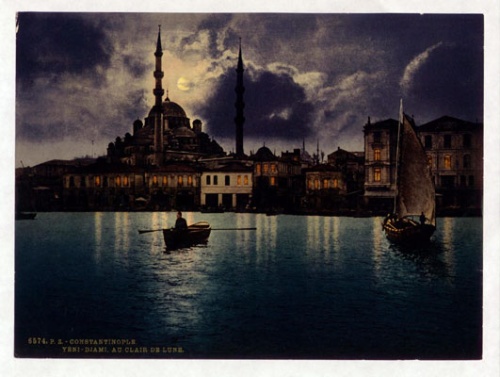 Most of the Detroit Publishing Company’s original negatives belong to the Library of Congress (which also maintains a DPC digital collection, if you have yet more time, nowhere in particular to be, and become infatuated with these works the way I did this week). The Henry Ford retains tens of thousands of DPC prints and postcards. And the fabulously redesigned Buildings of Detroit has a nice gallery of vintage postcards, sent from Detroit, that includes some great Detroit Publishing Company pieces.

In fact, I thought to myself whilst compiling this post, what about that BoD.com postcard I just bought from City Bird?

So many lizards under so many unsuspecting stones. I tell you. 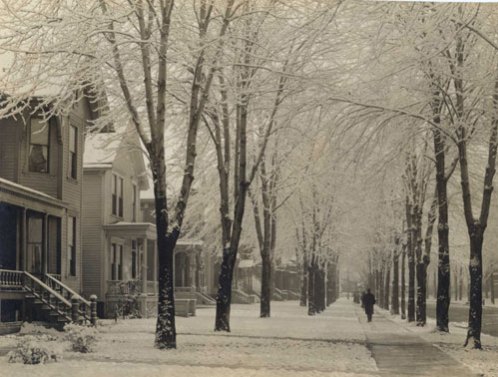