If you’ve been to a wedding, a prom or a senior picture photo shoot in Farmington, there’s a pretty good chance you’ve been to the Governor Warner Mansion, on Grand River. A grand white Italianate mansion surrounded by a sweeping wraparound porch and fabulous gardens, it’s the go-to picturesque location for every occasion of commemorative photography in the city. 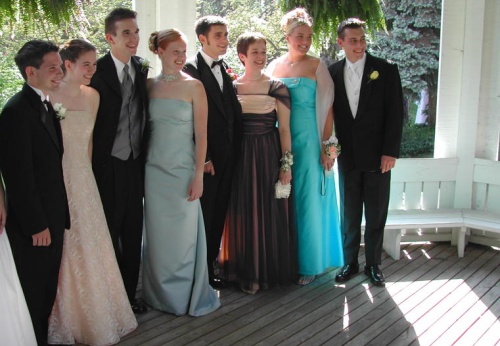 I had three years of prom pictures taken there, and played in my high school string quartet at a number of other porch lunches, receptions and events I can’t remember. But I didn’t really know anything about Governor Warner until, compelled to find out more about the historic house across the street from my apartment, I learned that the house’s greatest claim to fame is not its former owner, farmer Samuel G. Davis, but the man his daughter married.

Fred M. Warner was born in England and given up for adoption by his impoverished, dying mother when he was seven years old. He was adopted by merchant, statesman and banker P.D. Warner (whose given name, Pascal De Angelis, was cause for great ridicule when he was a child).

Fred was precocious, curious and interested in everything. At some point in the 1880s, Fred invested in a high-wheel bicycle and began a local bicycle business, which enraged his father but became a lucrative pursuit, earning the young Warner $800 in his first year. Along with an interest in bikes came a penchant for competitive cycling;  not long after he started racing, he was a state champion.

When P.D. turned over management of the general store to his 21-year-old son, Fred broadened its offerings and turned it into one of Michigan’s most profitable mercantile enterprises. At 23, Fred Warner started the first of his 13 cheese factories, which eventually gained him respect and admiration as one of the most accomplished cheese makers in the nation; at its peak, the Fred M. Warner Cheese Company manufactured 2 million pounds of cheese a year. 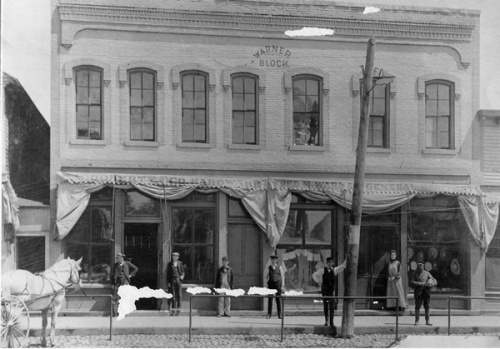 Fred Warner served as Michigan’s secretary of state from 1901 to 1904 and held the Governor’s chair for three successive terms, from 1905 to 1911. As Governor, Warner led an era of progressive reform that reflected a wider spirit of change across the nation under the Presidency of Theodore Roosevelt; he appointed a State Railroad Commission, regulated the insurance industry, and worked toward women’s suffrage, natural conservation and fair child labor laws. As politician, as he had been as neighbor and community activist, Warner was much loved. I would’ve loved him, too. 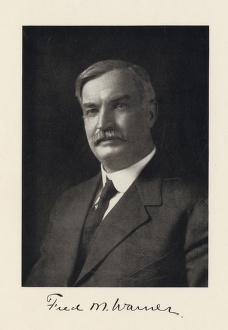 Across the street from the apartment I live in now is an old Victorian home, painted a goldenrod hue with elaborate woodwork trim. Today it’s an office building, and the lights in the attic window are often on after dark, so the house feels like a beacon to me, a warm, steady place that lets me know I’m home. 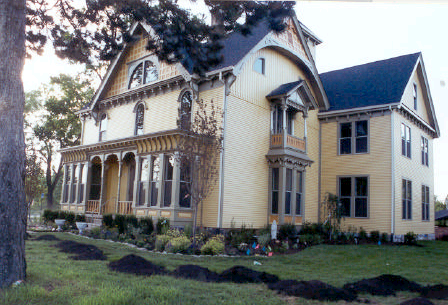 The house belonged to Samuel Davis, a farmer from Lancaster County, Pennsylvania whose 300 acres of farm and stock made him a wealthy man and a well-known figure in the Farmington community. Samuel Davis was born in New Orleans in 1831; a few weeks later, his father drowned while he was trying to cross a river. The Davis house was built in 1872; his daughter Martha married Fred Warner in 1888 and the couple was sure to have courted, as local historian Ruth Moehlman points out in her fascinating book Heritage Homes of Farmington, in Samuel Davis’s farmhouse.

From Samuel Davis’s obituary in the Farmington Herald in 1905:

During his long years of residence in this township, his life has been an open book for all to read: honest, of pleasing address, generous, social and warmly devoted to his friends, a general favorite with young and old, such a man was “Sammy” Davis. Not only will he be missed by his immediate family, but “Grandpa” was a favorite among his grand-children; for scarcely was he ever seen on our streets without one of more with him, and he enjoying their childish pranks as much as they. He was indeed a GRAND – father.

I don’t know for sure if my apartment is on land that Samuel Davis once stewarded, but I like to think so. And there’s something really enchanting about Fred Warner’s mansion as not only a center of community, but a center of ritual gravity, where once every spring, hundreds of sprightly young people put on rhinestones and satin and bow-ties and say hello to the Governor before they go out for the night.