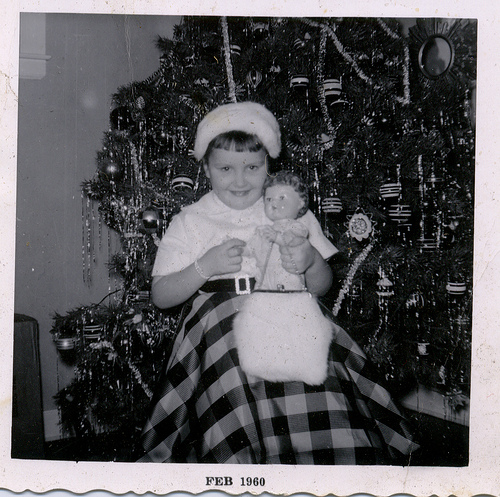 Well, well. If it isn’t the internet, up to its old tricks!

During my usual late-night internet scrounging — browsing lazily for Detroit Christmas artifacts — I found an incredible Flickr haul of old photos, which had themselves been found somewhere between Detroit and Hamtramck. Besides a lot of great mugging in front of tinsel-draped tannenbaums, there are mirthful ballroom dancing scenes, sexy vintage cars, kids’ birthday parties, coquettes in curve-hugging flowery dresses, army men, saucy diner waitresses and of course multitudinous bridal tableaux. 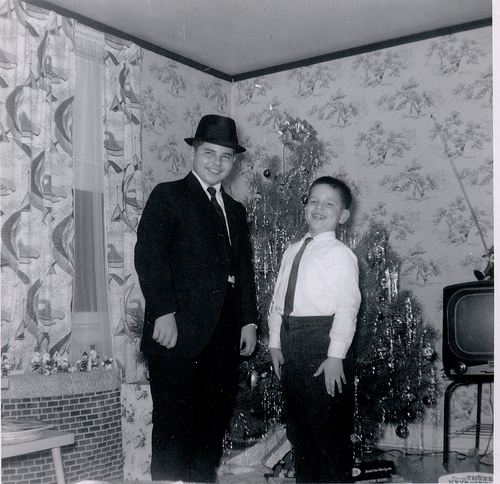 Who are these people? Someone somewhere in Hamtramck (or anywhere!) has to recognize a face from at least one of these photos. I kept waiting for the specter of a great-aunt on a tacky couch to jump out of the social media sphere and shout something at me in Polish.

And you know what I realized? This is the Flickr set of Hamtramck Mayor Karen Majewski! Whoa!

So who wants to start one big family album blog? I do. Let’s talk logistics.