About this weekend: I’m on deadline

Please forgive the lag; I have been tied up on a deadline for Metro Times this week, turning my attention from minor local historical curiosities to a scion of Detroit’s early-aughts music scene. Back to normal next Monday, but meanwhile, here are some things you probably already know about. 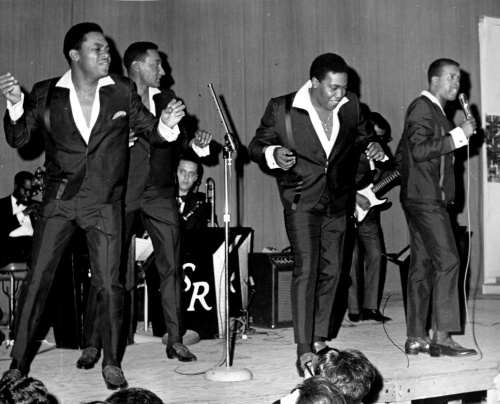 These are The Four Tops. In October 2008, I was squeezing into a bright red ballgown and doing my hair up huge when I heard on the radio, over the strains of “Baby, I Need Your Loving,” that lead singer Levi Stubbs had died. I started to cry. Then I called my dad, but he didn’t answer the phone. It takes a lot to move my dad out of his modus operandi of total apathy (except maybe thinly-sliced lemon wedges in his iced tea, which drives him to rage); I found out later that my dad had been beside himself for days.

When I was in high school, my parents sprang for front-row seats to a Four Tops concert. Levi Stubbs was already in a wheelchair by then, although they brought him on stage for a song or two. Dad sang along with every song; at one point — was it during “Sugar Pie?” — one of the singers — was it Theo Peoples? — crouched down and held the mic in front of him so he could sing a phrase. Although I am an ardent lover of Motown music for Motown music’s own sake, and even though I didn’t grow up with it the way my dad’s generation of Detroiters did, it’s been a huge part of my life.

This weekend, The Motown Museum wraps up its 50th Anniversary celebration on Saturday night with a Golden Gala. Performances by Stevie Wonder, The Temptations, Aretha Franklin (who, fun fact! never sang on the Motown label) and … Kid Rock. What? And the whole shebang is hosted by SINBAD. 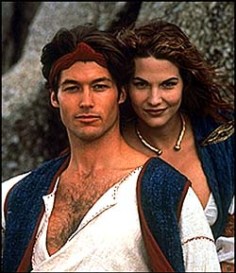 No wait … this Sinbad. 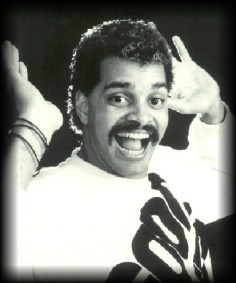 I won’t be there, because I don’t have $700 to spare for a pair of tickets, but I will be dreaming of being there while it’s happening. Motown!

Instead I will be at the Detroit Urban Craft Fair at the Majestic Theater, buying handmade one-of-a-kind stuff from all over the world for the holidays (and for ME!). I do not need to tell you to attend this as you are probably already planning to do so, but if you are looking for guidance once you get there, Handmade Detroit and Perfect Laughter have good recommendations for your craft-fair-navigating pleasure.

The Campus Martius Christmas tree lighting is tonight at Campus Martius Park; I’m thinking about doing an expanded “Christmas in Detroit” post in a couple of weeks, but I’ll need to put my photo archives pants on for that. But I just made friends with a Detroit Public Library librarian, so maybe he can help me out. Here’s Christmas at the Hudson building, 1962, from the Bentley Historical Library at the University of Michigan:

Also this week in Christmas and history, the Chrysler Heritage Museum in Auburn Hills opens its fifth annual “Cars, Trees and Traditions” exhibition, featuring holiday decor and nostalgia from the turn of the 20th century to the 1980’s paired with classic Chrysler and Chrysler-inspired cars, wrapped with vintage photos, publications, advertisements and other style relics.

Anyone up for a road trip? … in my Nissan? In fact, has anyone ever been to this museum? I didn’t know it existed until today.