Eli Blanchard, Musician: The 24th Michigan of the Iron Brigade

EDIT: I spent a lot of time yesterday worrying about Eli Blanchard and his regiment, mostly concerned that I’d been a little lazy with my research, so I went back today to comb through the Orson Blair Curtis book one more time. I still wish I knew what instrument he played in the 24th Michigan band, when he got sick and with what, and when he left on furlough, but this is future grist for the blog mill.

To avoid too much ado, here’s my question: who is this guy? And how did he, a musician, end up dead at 21 during service in the Civil War? 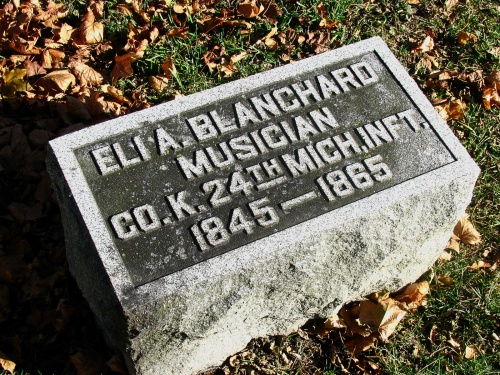 And here’s the back story: about a month ago, when I was first getting worked up about the diary of Farmington founding father Nathan Power, I paid a visit to the Quaker Cemetery, Farmington’s oldest, to visit with the Powers and their friends. 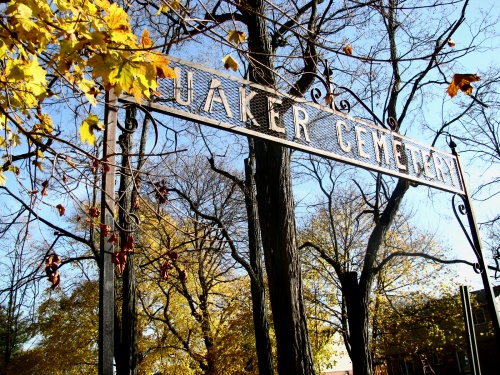 I paid my respects to Uncle Nathan, Farmington’s first teacher and conductor of the township’s stop on the Underground Railroad, and his first wife Selinda and their daughter Phebe Minerva, who died on the same day of cholera, and Patience Comstock Power, his second wife, whose headstone is considerably better kept than Selinda and the girl’s. 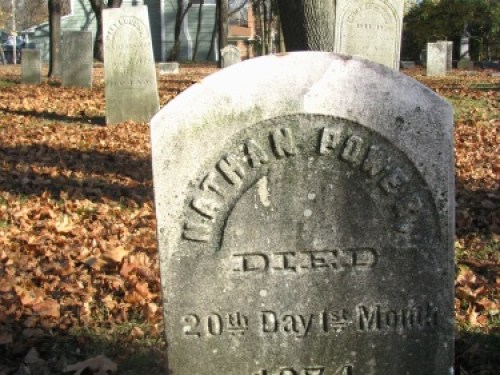 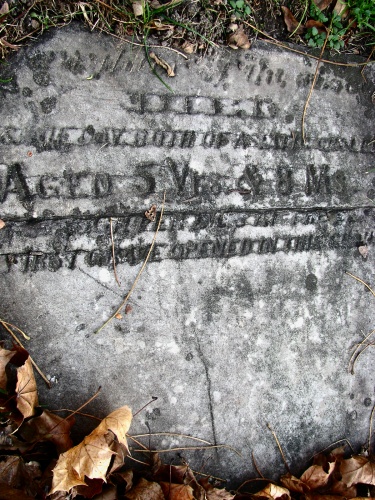 A young teenage couple was nuzzling in front of the grave of an Oliver Hazard, d. 1923 (whether he bears any relation to the decorated Commodore Oliver Hazard Perry of “Don’t give up the ship” fame is an item for future exploration). I found it unlikely that they’d be mourning an 86-years-ago-and-counting death of a loved one, and indeed I saw them later that afternoon, nuzzling and making the same god-our-sadness-is-earth-shaking faces at each other in someone’s driveway, under a basketball hoop. Teenagers. I gave them the benefit of the doubt, though, and tried to be surreptitious about my picture-taking.

And this was when I was struck by the headstone of musician Eli Blanchard.

If you are at all sharp with your in Civil War history, you probably already know that the 24th Michigan Infantry, Eli Blanchard’s regiment, was part of the legendary Iron Brigade, which incurred a higher percentage of casualties of any Civil War brigade (while the 24th Michigan suffered more casualties during the Battle of Gettysburg than any other regiment). 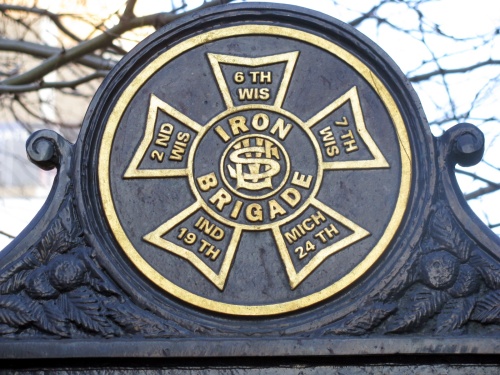 But Eli Blanchard didn’t die at Gettysburg. He lived for two more years.

When President Lincoln was shot and killed in April 1865, the 24th Michigan escorted the President’s funeral cortege to Oak Ridge cemetery in Springfield. From History of the Twenty-Fourth Michigan of the Iron Brigade, by Orson Blair Curtis, 1891:

The assassination of Lincoln had its effect upon the men — that of profound sorrow. Many of the soldiers wept as at the loss of a father. On the occasion of the President’s funeral, the appearance of the Twenty-fourth Michigan which formed the principal escort added to the pageant and elicited much commendation from military men and citizens. The regiment was drilled with especial care for the honorable duty by Major Hutchinson and the company officers, and its appearance was at its best, being thoroughly furnished with new Iron Brigade black hats, feathers, brasses, and white gloves. They were soon recognized by Major General Joseph Hooker, who was in attendance, and who seemed pleased again to meet the Regiment whose acquaintance he had made in the early stages of the war. Lieutenant Colonel Edwards commanded the Regiment on the occasion.

Eli Blanchard may have marched in this procession, but it’s unclear when he fell ill and took sick furlough to return to Detroit. In any case, he either barely missed or just made his regiment’s homecoming to Fort Wayne on June 20, 1865. Eli Blanchard died the next day. By June 30, the Iron Brigade had officially disbanded.

It’s so tragic, although maybe not quite as bitter as the death a member of the 24th Company H, Michael Cunningham, who survived wounds sustained at Gettysburg only to die on leave in Canada when he was caught under a falling tree.

Naturally, the 24th Michigan has its own Michigan-based reenactment group.

Any other need-to-know on the 24th Michigan? Send it along.