Avedon at the DIA; Free water at Leopold’s 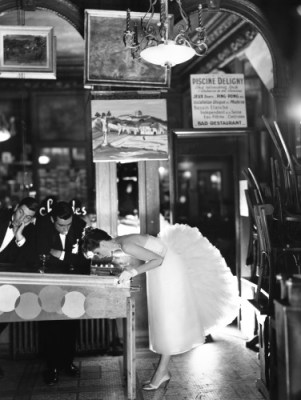 (*Edit: how could I have neglected to mention? Richard Avedon: Fashion Photographs, 1944-2000 runs through January 17, 2010 at the Detroit Institute of Arts. Golly.)

Richard Avedon was 21 when he was first published in Harper’s Bazaar. It was 1944. Sixty years later, on a shoot for The New Yorker, Avedon died of a brain hemorrhage. His life and career plots an uninterrupted course through 20th century fashion — and fashion’s animation of the joyful and spirited cultural moments that defined what was beautiful in the modern world.

I don’t really follow fashion — my wardrobe is built with an eye for solid colors, comfortable fabrics and not looking too clueless —  nor am I very smart about photography in an art-historical sense. But there is lots to love about this exhibition, and you can pretty much just walk in the door and love it, no questions asked, and I think that’s the greatest testament to Avedon’s mastery. The clothes are beautiful, even if you, like me, can’t tell a Dior from a Balenciaga; the models are strikingly, naturally gorgeous, and everyone is glamorous and having a good time.

Avedon was most certainly in control of every detail of his photo shoots, which were as complicated as movie-making and frequently required blocked-off streets and generator trucks. Nonetheless, there is a fundamental free-and-easy-ness to these works that feels captured, not contrived: a model in a circus-huge hat posing with contortionists and street musicians in a Paris alleyway; Dorian Leigh hugging a rough, delighted bicyclist; Buster Keaton, Gardner McKay and Zsa Zsa Gabor at the Moulin Rouge in campy Western wear, giggling and drinking. And there are animals everywhere — monkeys, big silly dogs, little silly dogs and, famously, elephants, which add an animating liveliness and perhaps remind the viewer to let fashion to bring levity into our lives. 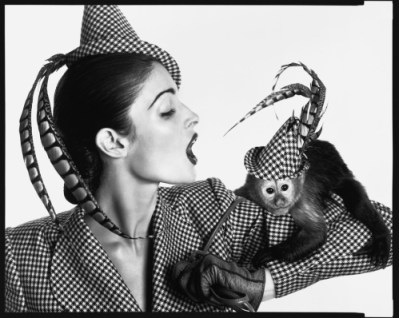 It’s not all folksiness-couture, gambling in evening gowns and topless showgirls, of course. Avedon’s studio works are full of movement and fun, too, but they are also where Avedon really showcases his peculiar taste in faces — doe eyes, sharp noses, comically long necks — and dramatically highlights the sculptural quality of the garments. 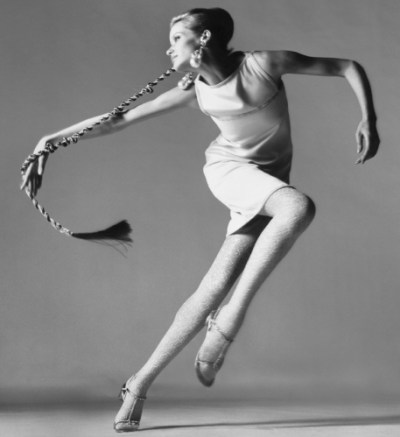 The show is an ambitious survey of Avedon’s entire career in fashion, crisply and stylishly installed with little elaboration in text. Even if you don’t think this exhibition is your “thing,” I’d recommend a visit if you’re feeling drab, uninspired, or in need of a quick infusion of spring in your step. My boyfriend, who was not overly prepared to enjoy himself, had a wonderful time.

We left the museum when it closed at 5 pm and strolled next door to the Park Shelton (15 E. Kirby) in hopes of visiting brand-new Leopold’s Books (right next door to Good Girls Go to Paris crêperie). Posted hours say Leopold’s also closes at 5, but owner Greg Lenhoff lets us hang out for a while to browse his small but sumptuous and well-curated collection of art and literary magazines, graphic novels and comic books, zines, small and local press publications and contemporary and classic literature.

Underneath a city streets map painted by Emily Linn from City Bird (also opening a storefront soon — look out!) is a prominent drinking fountain which Greg says the City Inspector made him install. When he saw a patron tentatively lingering near it, he said “Please! By all means — have a drink.”

Greg wants all of the trouble he took to have a drinking fountain installed to be appreciated by his customers and members of his community, and we encouraged him to promote it as a value-added aspect of the Leopold’s shopping experience.

So, Detroit: if your Nalgene is in need of a refresher, hop into Leopold’s and help yourself. Also maybe buy something. I picked up a Believer collection of interviews, which is very handsome and makes me look hip when I read it in public, but if that’s not your style, might I also recommend a little matchbook-sized collection of Detroit trivia cards, published by the Detroit Historical Society?

Here are a few questions to pique your curiosity. Best guesses in the comments: 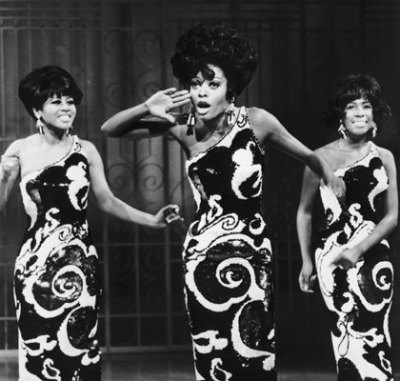 GEOGRAPHY: What does the name “Detroit” mean in French?

HISTORY: In what year was the first car driven on the streets of Detroit?

BUSINESS: The Michigan Telephone Company, established 125 years ago in Detroit, is now known under what name?

PEOPLE: What Native American leader laid seige to Detroit in 1763?

SPORTS: In what year did the Red Wings win their first Stanley Cup?

ARTS AND ENTERTAINMENT: Name the three chart-topping hits by Diana Ross and the Supremes released in 1965.