Soupy Sales, Motown legend in his own right, dead at 83 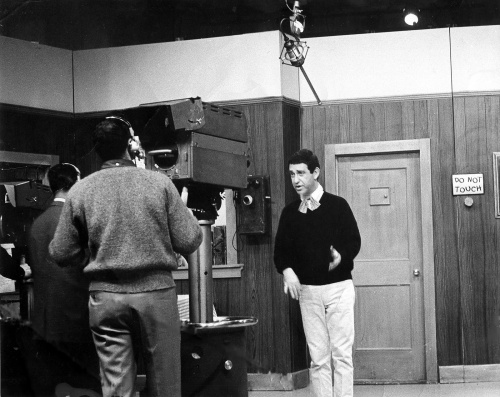 The kid’s comedy show “Lunch with Soupy Sales” launched in 1953 on WXYZ-TV in Detroit.

The first time I ever heard of Soupy Sales was when he came to the Farmington Civic in 1999 to perform with a couple of  ’50s Detroit TV stars Johnny Ginger and Mary Welch, and at the time I just thought he was some old guy with a vaguely sordid air about him.

But combing around for YouTube clips today, I really regret that I never saw his show, as a kid or a grown-up, because this man delights me. His manner is easy and charming, his smile is adorable, he laughs at his own jokes, his laugh is contagious. No kids’ program is like this anymore – zany and free and just for chuckles, unbridled by educational messages or moral lessons.

Here’s a great clip of Soupy Sales and Pookie the Lion dancing along to a Little Stevie Wonder song. Watch this a few times today, OK?